In an interview with Sports Illustrated, Wes Welker has attributed his leaving New England to a frosty relationship with Bill Belichick. Welker claims that Belichick had begun to call him out in front of teammates, which he hadn't done before.

"It was just kind of hard, one of those deals where you have to endure him, put up with him... But he does it to everybody. It's the way he is."

Welker also still feels Belichick's influence when he speaks to the Denver media.

Poor baby Welker. Was Coach Belichick mean to you? And you didn't want to play here anymore?

I wasn't happy about Welker leaving. But I got past it pretty quickly. There was contract confusion, Welker's agent seemed a bit amateurish, and the relationship between he and the team had grown sour. It was a rough breakup, but the Patriots moved on, and so did I.

However Welker is still going on and on about his feelings. Get over it, dude. You're a Bronco now. You're fortunate enough to go from catching passes from Brady (except those two you dropped in the Super Bowl and AFC Championship game) to catching balls from Peyton Manning. You're learning a new offense with new teammates in a new city with new people. Time to move on.

Yet your mind is still in Foxborough, still feeling unloved by Coach Belichick, still talking about how you couldn't talk in New England.

Stop the Taylor Swift routine and toughen up, Welker. Move on and shut up. 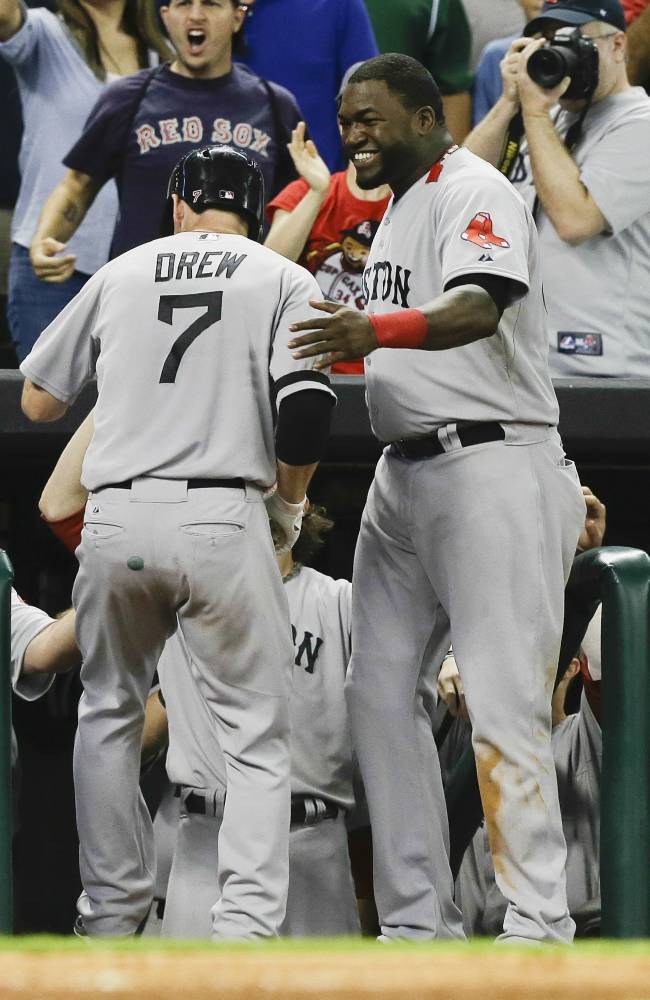 If you want the division, you can't go down to Houston and lose 2 of 3 to the last place Astros. You have to win that series. Even if it's ugly. Even if it's more dramatic and difficult than it should be, it is crucial to leave Houston with more Ws than Ls. And the Red Sox managed to do that. Ugly Ws count as much as immaculate Ws.

However, the hero of the game was Junichi Tazawa, who pitched 2 perfect innings in relief of Dempster. Tazawa only needed 17 pitches and struck out 2. He prevented the Astros from padding their lead and put Gomes and Drew in position to be the heroes. Tazawa earned his 5th win of the season.

Tazawa and Koji Uehara have saved this bullpen, and also saved this team. Speaking of saves, Uehara recorded his 11th by striking out the side in the 9th. I love how many strikes he throws. In 19 pitches, he threw 16 strikes. Tazawa and Uehara have each made over 50 appearances and each thrown over 50 innings.

The Sox head north to Kansas City, where the Royals are over .500 (58-53) and only 4.5 games out of a playoff spot. The Royals have a better record than the Yankees. Just thought I'd mention that. And even though it's August, it won't be 1,000 degrees in Kansas City. Highs in the 80s.

Jon Lester faces Bruce Chen tonight. Chen has mostly been used as a reliever this season, although he is 4-0, and he is a lefty, and the Sox have struggled against lefties. Jon Lester needs to do his job. He doesn't need to dazzle, just do his job.

Photo Credit:
Bob Levey/Getty Images
Posted by rob at 9:30 AM No comments: