The Sox ended their "first half" (they've played 88 games and have 74 to go, so it's more like the 11/20 mark of the season) with a 3-2 win over the Blue Jays. Daisuke was stellar until the 7th. Thankfully, Bard logged a 2 inning hold, and Papelbon got his 20th Save by pitching a scoreless 9th. It was a Quality Start for Daisuke, his 6th in 12 starts this season. But as usual, his box score features an anomoly. 6 innings, 2 earned runs (fine so far), 6 hits, 0 walks (not bad), 5 strikeouts, 1 homerun (okie dokie), and 88 pitches. 88 pitches? Why didn't he get at least another inning? Because he's Daisuke, and nothing can ever be standard or typical.

The Sox go into The Break with a 51-37 record. Certainly laudable considering their overcrowded disabled list. And when you remember that the Sox started 19-20, and are 32-17 since then, it's hard to be dissatisfied. The problem is, the Sox play in one hell of a division, and are 5 games behind the Yankees, and 3 behind the Rays. The Sox are 3rd in the AL East, but also 3rd in the entire AL. They have the 4th best record in baseball.

But if the Sox can tread water while their talent convalesces, then maybe they can make a surge for the Wild Card.

Speaking of which, Josh Beckett pitched 4 innings of rehab for AAA Pawtucket against Syracuse. He allowed a solo homerun, but that was only one of two hits he surrendered. He struck out 4 and walked 0. He threw 68 pitches, 42 for strikes. His fastball was in the 92-94 range most of the day. (Source: Boston Herald)

Red Sox resume their schedule on Thursday when they host the Rangers.


Spain has always been renowned for the quality of their club football. Real Madrid and Barcelona have won 12 European Cups between them (Madrid have won the most all time with 9). But up until recently, the Spanish National Team had been a joke. They'd never advanced past the quarterfinals of a World Cup until this year. And now they're the best team in the world. 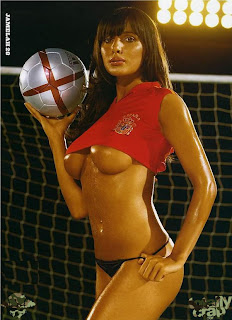 They beat the Netherlands by controlling the game. Spain only scored 8 goals this World Cup, in 7 games. Compare this to Germany who scored 16 goals. The Netherlands scored 12, Uruguay scored 11, Argentina scored 10 (in 5 games), and Brazil scored 9 (also in 5 games).

That's kind of lame. Spain didn't play a defensive game, they just know how to pass. And pass. And pass. And apart from David Villa, they don't know how to shoot. And their big goals in big games didn't directly result from their adept passing. They beat Germany 1-0 off a set-piece. And they beat the Dutch 1-0 thanks to a fortuitous bounce that found Andres Iniesta's feet.

Don't get me wrong, Spain were the best team in the tournament, but I'd say that Germany, Argentina, Uruguay, Brazil, the Netherlands, Ghana, the USA, and Chile were all more exciting.

The awards:
Golden Boot (most goals, there was a tie so the tie-breaker of assists was used): Thomas Müller (Germany) - 5 goals (3 assists)