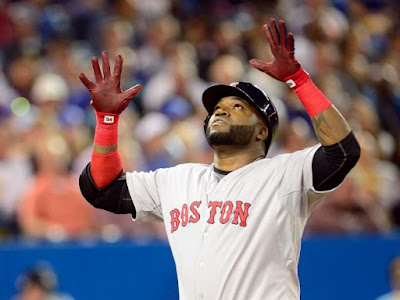 In 4 weeks we'll know if the 2015 Red Sox season will be something to be ashamed of, or proud of. Will the 2015 Sox be an embarrassing failure or an inspiring success? Will they be potential buyers at the July 31st trade deadline, or sellers?

The Sox beat the Blue Jays 4-3 Tuesday night, ending June with a 3-game win streak and a 14-14 record for the month. It was only the third 3-game win streak of the season. They have yet to push any of those to 4 games. It's said that momentum is only as good as next day's starting pitcher. Unfortunately Wednesday's starter for the Sox is 4-8 Rick Porcello. So my hopes aren't too high that the Sox will extend their streak to 4.

Now is the time to get busy winning or get busy losing. It's July. The trade deadline looms at the end of the month. If the Sox can't win their way back into the hunt, they will be compelled to be sellers at the deadline. If out of contention at the end of the month, they can't afford to pass up the opportunity to rid themselves of dead weight and/or acquire promising talent for the near future.

A 6 game deficit in the division and for the wild cards doesn't seem like much. However, 4 teams stand in the Sox' way in the AL East, and 9 for the wild card spots. Some of those teams are bound to get hot, so closing the gap against them will not be easy.

The Sox play 16 of their next 18 against good teams. Ground must be gained during this stretch. They don't have to gain 3 or 4 games a week, but over the next 4 weeks they must steadily close the gap between them and a playoff spot. Treading water isn't good enough. It's time to swim.

The Sox can't afford more 3 game losing streaks (they had 5 of those in May). No more settling for split series, or taking 2 of 3 from one team then losing 2 of 3 to another. Playing .500 baseball won't be enough to bring the Sox closer to a playoff spot.

Porcello will likely make 5 starts in July. It's time for him to do his job, or at the very least stop sucking so terribly at it. Clay Buchholz needs to stay healthy and sharp. If the Sox get themselves in the race, he needs to handle the pressure of pitching in meaningful games again. And Eddie Rodriguez needs to stop tipping his pitches. Watching him on the mound is like watching an instructional video on poker tells.