Be proud, America. These are what your Olympic athletes will be wearing in London for the Summer Games.

In case you didn't notice the tastefully subtle logo on the front, these are made by Ralph Lauren. Technically, though, they were made in China. What's more American than large corporate logos and outsourcing jobs to China? Complaining about it.

Then again, if we didn't send so much work to China, then how would the Chinese be able to afford to lend us so much money?

Many others have written and ranted about the uniforms being made in China, about how much larger the Ralph Lauren logo is than the American flag, about how this is a very French looking ensemble, with the beret and everything. Ralph Lauren even rearranged red, white, and blue into blue, white, and red on the beret. Which is France's flag.

And like the Ralph Lauren logo, the French flag on the beret is also bigger than the American flag.

All nationalistic sentiment aside, I just think they look like shit. They're beyond pompous and preppy. I think even the lacrosse captain at Princeton, the de facto King of Preps, would feel conspicuous in this outfit.

I remember the US team used to wear stuff like cowboy hats and Western shirts. What was wrong with that?

Even better, how about a white, Colonel Sanders style southern gentleman suit?

Since the Olympics are in Britain, and we're 2-0 against the British, maybe we should rub it in. How about a blue Continental Army jacket and a tri-corner hat? Each athlete carrying a 6 pack of Sam Adams.

Or perhaps the US Olympians could enter the Opening Ceremony riding a float made to resemble the U.S.S. Constitution. It is, after all, the 100th anniversary of the War of 1812.

Then again, the tri-corner hat might be too Tea Party for some people. And according to celebrities like Janeane Garafalo and James Earl Jones, the Tea Party is racist. And since celebrities know what they're talking about, they must be correct.

The male athletes could dress like the bros on Jersey Shore, slicking their hair up, spray-on tan, shirtless, with a vacant look in their eyes, their lips pursed, and their face cocked in the "what's up" position. And the females could dress like skanks. 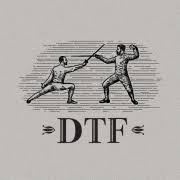 Perhaps they could have an outfit that resembles lacrosse culture. Bright neon colored shirts, socks pulled up to the knees, flip-flops, big pink-rimmed slitted sunglasses, the hat of an NL Central team, and a lacrosse stick that goes with the outfit. In all seriousness, what's wrong with a casual outdoorsy kind of look? Jeans, workboots, a t-shirt with a "USA" logo on the front and sleeves. Or a business casual look? Polo shirt and khakis for the guys, blouse and calf-length skirt for the ladies.

Peter Gammons accidentally-on-purpose let it slip that Jon Lester seemed unhappy here in Boston. And during the All-Star Break, with no other sports news to sink one's teeth into, the story exploded. It even prompted Lester himself to Tweet that he was in fact happy to play here.

If Jon Lester is unhappy here, I can't really blame him. This team hasn't won a playoff game since 2008, hasn't been to the playoffs since 2009, has finished in 3rd place since 2010, and suffered an infamous collapse in 2011.

The team has changed managers, changed GMs, and their clubhouse character is questioned (rightfully so) on a daily basis.

And who would be happy working for Larry Lucchino and John Henry?

And do we want Jon Lester happy?

Didn't we hate how careless Beckett and Lackey were as the team collapsed last September? They were happy as the team went down the drain and it pissed us off. As General Patton said: "I wouldn't give a hoot and hell for a man who lost and laughed."

Jon Lester is 5-6 with a 4.49 ERA. If he were happily joking around with Peter Gammons and laughing it up with the dugout with David Ortiz, I'd be pissed at him. And so would a lot of Sox fans. I think he's as disappointed with his performance this year as we are, if not more so.

And he should be. He shouldn't be happy. I'm glad that at least one key player on this team is unhappy with losing.

Here's what actually happened. Gammons was told something juicy by a person in the Sox front-office. That's why he let it slip on The Hub, and then later that same day on The Fan. It was a leak, a nugget of speculation that would elicit a reaction.

What is the Machiavellian motivation for the leak? I don't know. Maybe the Sox want to gauge fan reaction to a possible Lester trade. Maybe they're laying the foundation of the "he didn't want to be here" campaign they'll launch after Lester is traded or leaves.

Or maybe they wanted fans to speculate if this team was going to "blow up" the roster just so Ben Cherington could declare that he won't blow up the roster. Although, keep in mind this is the same guy who declared that Youkilis would start over Middlebrooks when he returned. Cherington will do whatever puppet-master Larry Lucchino commands he do.

A few weeks ago, I wrote a post about the Sox playing a 16 game stretch against below average opponents, and how it was a great opportunity for them to pad the win column. They went 9-7, which is good enough to win the AFC West, but it fell below my expectations.

The Sox failed to take advantage of weaker opposition. And now they're playing the good teams. They've already lost 3 of 4 to the Yankees.

They're playing the Rays this weekend. Tampa Bay is 2 games ahead of the Sox in the AL East (and Wild Card race). The Sox are 5-4 against the Rays this season.

Then Kevin Youkilis and the surging White Sox come to town for 4 games. They've won 9 of their last 12 and are in 1st place in the Central. They're good on the road, too, with a 23-16 record away from home. The Red Sox beat the White Sox 3 times in a 4 game series in Chicago. But that was back in April. These White Sox are different.

Toronto comes to town for three games. The Blue Jays and Red Sox have the same record. The Sox are 5-4 against the Jays and have won 4 of their last 6 meetings.

Then it's three games in Arlington, Texas. In July. Against the AL West leading Rangers. Cue the weather excuse. The 52-34 Rangers have the 2nd best record in baseball, best run differential in the Majors, and the best home record in the AL.

The Sox then play a weekend series in New York. The Yankees have taken 5 of 6 from the Red Sox this season.

Then it's 3 games against the Wild Card contending Detroit Tigers. The Sox were swept by Detroit in April. Then won 3 of 4 against them in May. The Tigers were hot entering the All-Star Break, but by the time this series is played (end of July), that will likely change.

The Sox squandered an opportunity against below .500 teams to accumulate wins. So now they must win against teams that are above .500. The Yankees and Rangers are both above .600.

It's possible for the Sox to survive this stretch, even do well. They've been good against Tampa Bay, Toronto, and Detroit. And if the lineup gets hot, they can go on a run against anyone.

But they must at least tread water. Because of their failure to beat the Athletics and Mariners, now they have to do well against the White Sox, Yankees, and Rangers. They've put themselves in a tough spot.
Posted by rob at 12:30 PM No comments: