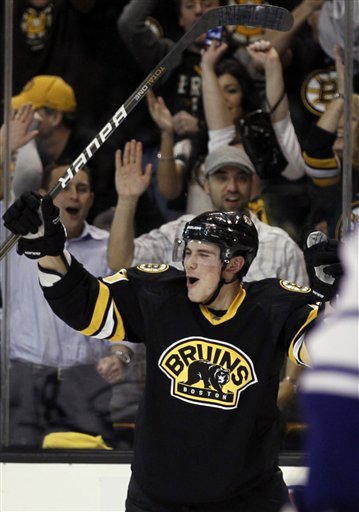 After Tyler Seguin netted his first goal on home ice, the Garden crowd chanted "Thank You, Kessel" over and over again. While I laughed and thought it was a quality chant, the fans probably should have been thanking Tim Thomas. Or maybe they should have thanked all the other NHL teams that didn't want him this off-season.

Thomas became the first Bruin goalie since Tiny Thompson to start a season with 5 straight wins. Tiny started the 1938-39 campaign with a 6-0 run. If not for a really stupid decision with the puck last week, Thomas would have 3 shutouts already. 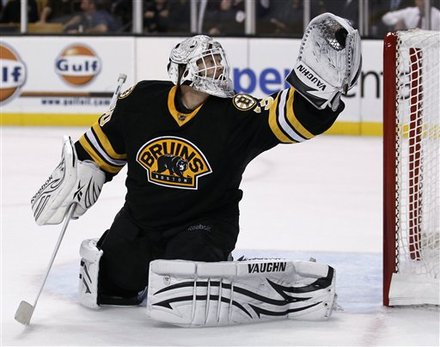 Thomas only had to stop 20 shots, a credit to the Bruins' defensemen and forwards, who harassed the Leafs in the neutral zone for most of the game. But Thomas made solid positional saves, two or three of the acrobatic variety, and most importantly his puck handling was, shall we say, more traditional.

On the other side of things, the Bruins played excellent special teams hockey. They scored a power play goal, killed 5 penalties, and were very close to some shorthanded goals. If this team kills penalties as well as they did last year, but adds some consistency to the power play, they can become very dangerous in a playoff series.

Zdeno Chara and Dennis Seidenberg both had sensational games in all three zones. Chara assisted on Bergeron's goal (the 100th of his career), and it was Seidenberg who set-up Seguin. Nathan Horton's point streak ended, but he did boost his season penalty minutes total from 0 to 15 with just a few punches. 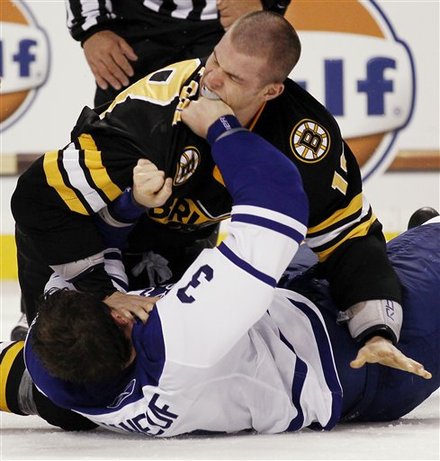 Horton got a 10 minute misconduct for punching Phaneuf AFTER this picture. These refs weren't my favorites.

Blake Wheeler continues to be useless. He made one or two decent plays, but then caught Dennis Wideman Disease (DWD) and made some really awful ones too. Andrew Ference had a similar night. Adam McQuaid was very solid filling in for Boychuk. He made one glaring mistake, but also nipped it in the bud very quickly. Mark Stuart was physical and played a very sound game. 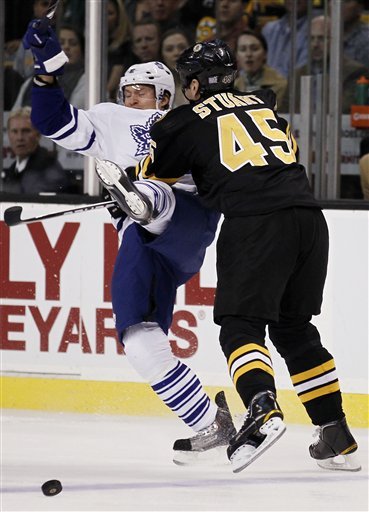 The Bruins have started a stretch of divisional games the right way. They travel to Ottawa on Saturday, then Buffalo next Tuesday. Then it's Washington again? Yes it is. Great job, NHL. The Bruins will play Washington three times in a 17 day span. Then once more for the remaining 156 days of the season.