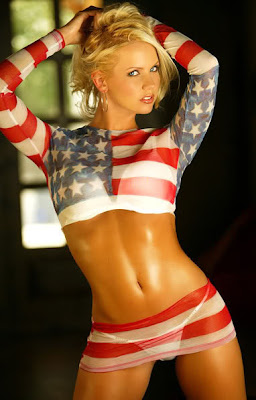 I'd intended to pick Switzerland for an upset here, but they really looked inconsistent last night against Belarus. Jonas Hiller's been shaky in this tournament, as opposed to Ryan Miller, who's been a wall. These teams met in the group stages with the US eking out a 3-1 win. This should be quite similar. 4-1, USA.

Two juggernauts meeting here. Russia is ranked #1 in the world by the IIHF, and Canada is #2. Oh, and it's also Ovechkin vs. Crosby. But it's also teammates Malkin vs. Crosby. This is more of an All-Star Game than the US/Canada match on Sunday. 7 of the top 10 NHL goal scorers will be on the ice.

I think Canada is a bit too excited. They've got more than enough talent, but they don't seem to be clicking as a team. Top to bottom, Canada is deeper. But the Russians have some lights out studs on their side. I think Nobokov stands on his head, Ovechkin overwhelms, and Datsyuk dazzles. Russia 5, Canada 3

10pm - CNBC: Czech Republic vs. Finland
Not as exciting as the Canadians and Russians, but still a game to watch. The Czechs struggled against Latvia, and haven't done much this tournament except beat the Slovakians. Finland is focused, primed, and good enough to master the Czechs. Finland 4, Czech Republic 2.

For some reason, the Swedes have always been the superlate game. But remember, they had a perfect Group round, just like the US. Slovakia struggled against Norway. And even though the Swedes and Norwegians are geographical neighbors, they're not even on the same planet when it comes to hockey. Sweden rolls 5-1.

If my predictions come true, the semi-finals will be USA vs. Finland, and Sweden vs. Russia. Now who was in the final four of the 1980 Olympics? USA, Russia, Sweden, and Finland.

No upsets in the Qualifying Round, but we were very very close to some. In fact, only one game was decided before the 3rd period.

Switzerland's best asset - their goalie - almost cost them this game. Less than a minute in, he horribly mishandled a routine softshot (my word for when the puck just drifts in on the goalie from like a deflection at the blue line), and Alexei Kaliuzhny hacked away until the puck went in. But the Swiss rebounded with a big power play goal, and eventually won in the shootout. If Jonas Hiller and the Swiss decide to show up, they could harass the US.

Well, Canada might have impressed some people with this win, but I'm not sold... yet. Germany has been awful in this competition. Crushing them 8-2 doesn't mean much. But at least maybe the Canadians can take some confidence out of such a lopsided win. Iginla scored twice, so he now has 5 goals, but 0 in tight/meaningful games. Eric Staal had 3 assists, and Drew Doughty was +4. Canada vs. Russia in the quarterfinals.

CZECH REPUBLIC 3, LATVIA 2 (OT)
Another scare for a top team. Latvia finished 12th in the Preliminary Stage, so needing OT to beat them is pretty sad. David Krejci had the game winner in OT (why can't he do that for us once and awhile?) and an assist in regulation. The Czechs face Finland in the quarterfinals.

I picked Norway to beat the Slovaks, and they put up a damn good fight. But Miroslav returned from injury and netted the game winner in the 3rd. Richard Zednick had 2 assists, and Zdeno Chara had 1 assist. The Slovaks face Sweden in the quarterfinals.

A comprehensive preview of the Quarterfinal Round shall be forthcoming a bit later today.
Posted by rob at 9:30 AM No comments: