The last three games. Two bowls that very few people care about, then the big enchilada in the desert. I'm 17-14 in my picks so far, and have selected each BCS game correctly.

Saturday - 12:00 PM - ESPN
BBVA Compass Bowl - Birmingham, AL
Pittsburgh Panthers vs. Kentucky Wildcats
This would be a really good basketball game. Football? Not so much. Pitt can salvage their season with a win here. Kentucky was the SEC's whipping boy, going 2-6 in conference play, beating Vanderbilt and upsetting South Carolina. Wins against Western Kentucky, Akron, and Charleston Southern inflated their record. Pitt should walk. Sunday - 9:00 PM - ESPN
Kraft Fight Hunger Bowl - San Francisco, CA
#15 Nevada Wolfpack vs. Boston College Eagles
Nevada only lost one game. They beat Boise State and won the WAC. They averaged over 42 points and 300 rushing yards per game. They'll face a BC defense that was actually 19th in the country, and might give them a fight. But BC was also 109th on offense, and so will ultimately lose. Though it might be close. Monday - 8:30 PM - ESPN
Tostitos BCS National Championship Game - Glendale, AZ
#2 Oregon Ducks vs. #1 Auburn Tigers
The Ducks scored 49.3 points per game (#1 in the country), and allowed 18.4 (#14). But that was in a very shallow Pac-10. Oregon's biggest road win was at USC. I think this game will be close, and Auburn has more experience in close, difficult games. Oregon is a great team, and perhaps more talented all around. Cam Newton is such a load-carrying player, though. And his teammates play with character. They've proven so much more than Oregon. 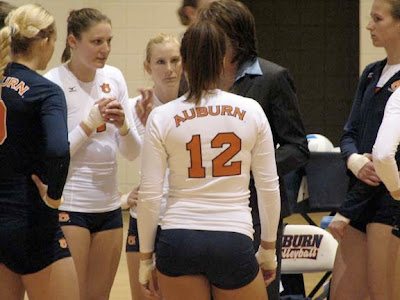 WHO SHOULD YOU WANT THE PATRIOTS TO FACE?

It will be one of three teams. Either the Jets, Ravens, or Chiefs will come to Gillette Stadium in a little over a week. So as a Pats fan, who should you want the Patriots to face?

You're not going to get a cupcake game in the Divisional Round. Not only are you playing a fellow playoff team, but you're also playing a team that's already won a playoff game. So they must be pretty good.

Let's use the process of elimination, then.

The Ravens match-up the best against the Pats. They get a consistent 4 man pass rush, they don't have the stifling defense of the past, but they're still pretty good. All 4 of their losses were in close games (4 losses by a combined 16 points). They don't get overwhelmed by the Patriots' mystique. I'd rather not see the Ravens.

The Chiefs are an enigma. 10-6, in a weird division. They were 7-1 at home, 3-5 on the road. Their schedule is soft. The only playoff team they beat was Seattle. But they can run the ball with Charles and Jones. And when Cassel plays mistake-free football, they're tough to beat. This might be a fear of the unknown here, but I'd rather not face the Chiefs. There's also a tendency for ex-Belichick assistants to triumph in their first meeting against their old mentor. I'm not sure if that also applies to GMs.

Then there's the Jets. This team beat the Pats early in the season, were throttled by them late in the season, and limped into the playoffs. At the same time, they've got players with good playoff performances under their belt. They can rush the ball, and their defense isn't easy to move the ball against.

The Jets might be the best of these three teams. But it's about matchups in the playoffs. And I think the Patriots matchup very well against them. The Pats can do enough to slow the run to force Mark Sanchez to make bad throws. The Pats' offense can score, generate a lead, and force more throwing and less running.

I've got mixed feelings. I do security at the Stadium, and a playoff game against the Jets means a busy night and extra paperwork. But I'd also love the Patriots to end their season. To make them just a footnote (if you will) of the 2010 NFL season.

I actually do think the Chiefs would be the most favorable opponent. But I think I want the Jets to come here next Sunday. Eliminating a rival in a playoff game is sweet. Although you also risk losing to them, and having it hurt that much more. My brain wants the Chiefs, then Jets, then Ravens. My fandom wants the Jets. And I'll tell you another thing... 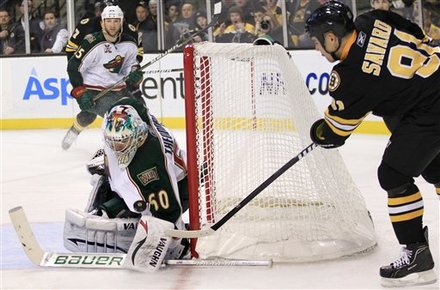 This team won't win anything more than divisional titles and 1st round playoff series under Claude Julien. And I can prove this statement. My exhibits A, B, C, D, et cetera (more times than there are letters in the alphabet) are how many times the Bruins have played great for 2 weeks, then generate an outing like this.

It's not really a lack of effort. It's a lack of focus, and a lack of faith. The B's get frustrated and impatient when things don't go well, when the bounces don't come their way, when the puck doesn't fall right. They struggle to score goals, then lose faith in Julien's gameplan, and make glaring mistakes.

Both Minnesota's non-empty-net goals were prime examples of the Bruins losing faith, then losing focus. A flat start to the 2nd period, a bad call on Thornton, then Havlat strolls from the dot to the slot with nobody touching him.

Then in the 3rd, Savard decides to try a skills competition pass in the defensive zone. It was high risk, low reward. Savard usually doesn't do stuff like that, but you can understand the frustration, the lack of results, then the lack of focus.

Sadly, this team isn't talented enough NOT to play Julien's system. They need to be defensive-minded. They need to be low risk, low reward, and high patience. They're like the Jets last year. Keep the score low, manage posession of the puck/ball, and try to grind out a result.

Why do I think this team will never succeed with Julien behind the net? Because they're not buying the patience. The faith between players and coach doesn't last longer than one frustrating period.

The B's need to bring their A Game Saturday night, as they play Montreal up north. The winner will be 1st place in the Northeast.