How Good Is CC Sabathia? 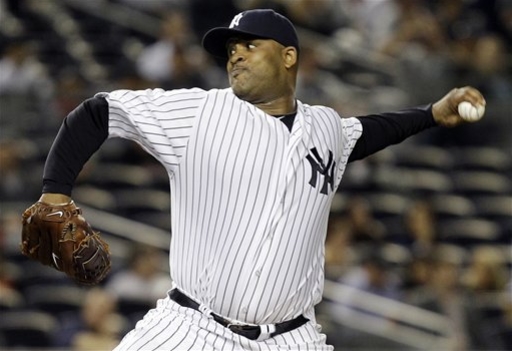 Remember when the Yankees signed CC Sabathia? Remember how Red Sox Nation arrogantly laughed and mocked how much the Yanks spent in the off-season between 2008 and 2009, adding Sabathia and Mark Teixeira? What fools we were.

As a Yankee, Sabathia never wore out and got injured like we in Red Sox Nation figured he would. He's 74-29 in New York, with a 3.22 ERA. He's a 3 time All-Star and finished in the top 5 of Cy Young voting 3 times.

In that same time frame, Josh Beckett won 41 games for the Red Sox. With a 4.21 ERA. Sabathia has also thrown about 200 more innings than Beckett these last 4 years. And even though he weighs around 300 pounds, I'd argue that Sabathia is in better shape than Beckett.

We were so arrogant after 2008. The Sox had won a World Series in '07 and were close to getting to another one in 2008. Maybe the Red Sox as a team were just as arrogant. The players, the GM, the manager, and the owners all thought they had the winning formula in place.

They plainly did not. The Yankees did, and do.