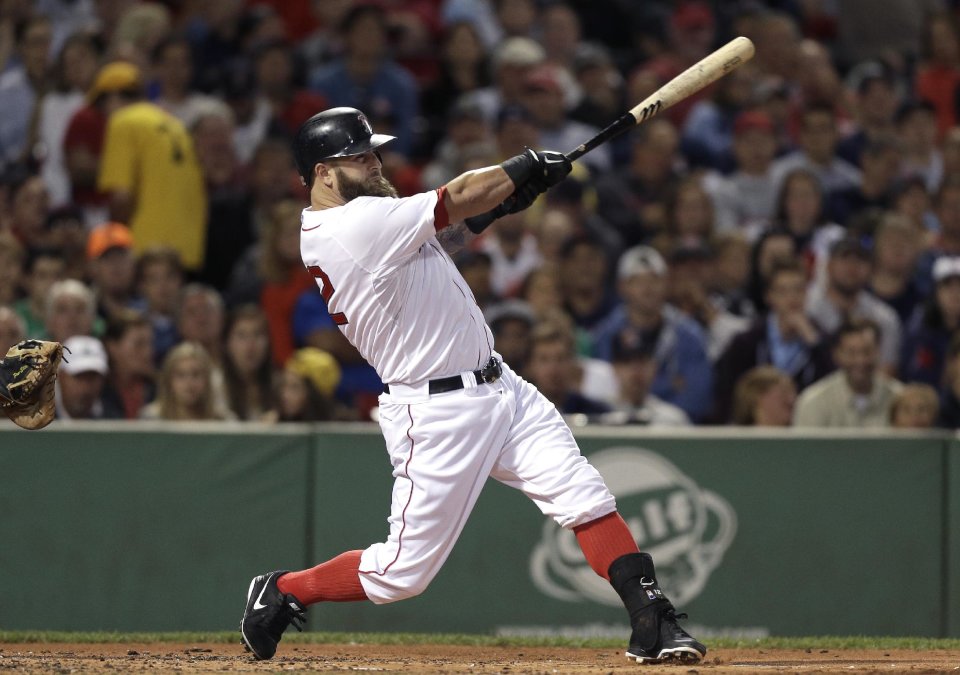 I completely forgot that when Clay Buchholz got hurt he was 9-0 with a phenomenal ERA. He's now 11-0. If he can pitch up to his capability in October, then the Red Sox have a formidable and deep rotation.

He got better as the game progressed. He struggled with his control at the start, but recovered. He only allowed 2 hits and an "unearned" run (he made the error that led to the run) in his 6 innings. The fact that he maintained strength deep into the game is very promising.

And the offense took advantage of Ivan Nova, who looks like a completely different person from August. The Sox, particularly Daniel Nava, brutalized him in 4 innings. Nava was 4 for 5 with a pair of doubles.

Mike Napoli hit a long homerun to straight away center. His 22nd of the season and 7th against the Yankees this year. His 89 RBI are second best on the team, only 5 behind Ortiz, who also knocked in 2 last night.

The 9-2 victory eliminated the Yankees from the AL East race. The Sox are 1 win away from eliminating the Orioles. The Magic Number to win the division is 4. And the Magic Number to clinch a playoff spot is 3. I did not think I would be discussing Magic Numbers this year.

Speaking of the O's, they'll be in town starting Tuesday night. Ryan Dempster faces 12-10 Scott Feldman. Mike Napoli crushes this guy (11 for 26 with 2 homers), and the Sox generally do well against him. Dempster has been better than decent against the O's this season.