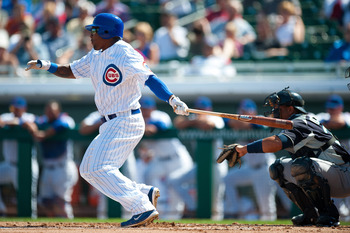 The Sox made the very minor acquisition of outfielder Marlon Byrd. Byrd has started 2012 in a 3/43 slump. Although he's a career .278 hitter. He hit .276 last year and in 2009 he had 20 homeruns. He was acquired in exchange for Michael Bowden and a player to be named later.

The Sox desperately needed an outfielder. Ellsbury and Crawford are on the DL, and Repko hurt himself on Friday. Byrd is a short-term solution to this significant problem.

And of course the Sox have plenty of other problems to worry about. Maybe Marlon Byrd can pitch.

Some series came to an end, others were extended. The violence has subsided a bit, so now we can enjoy actual hockey. 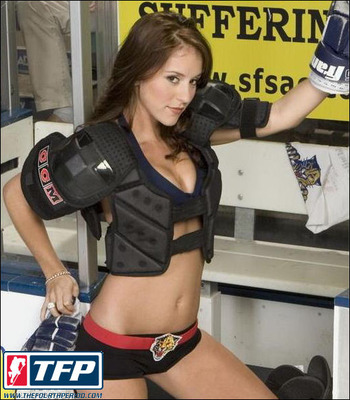 Jose Theodore is back in net for Florida, and it worked out pretty well for the Panthers. He stopped all 30 shots he faced. The Panthers are on the verge of making everyone who was clamoring for changes in the playoff system look like fools.

SENATORS 2, RANGERS 0 - (Senators lead series 3-2)
Jason Spezza is the latest Senator to pick up the slack left by the absence of Daniel Alfredsson. He scored his first and second goals of the series in this game. Oh, and Craig Anderson stopped 41 shots. The Rangers were a favorite to win The Cup, and now they're facing elimination.

The Sharks were a sexy upset pick by the experts. The experts forgot that they have Joe Thornton along with goaltending issues. The Blues scored three goals in the 3rd and fully demonstrated how and why they finished the regular season with 109 points. 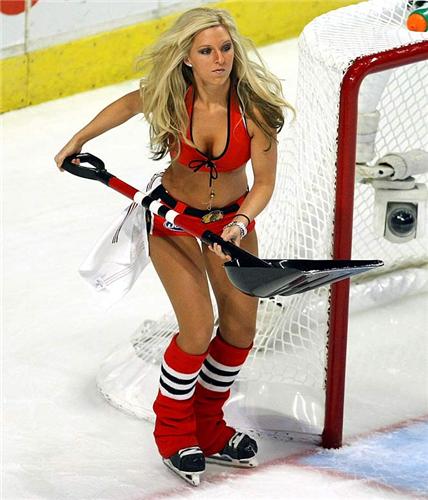 All five games in this series have gone into Overtime. That's ridiculous.

Thank God Pittsburgh is eliminated. The craniums of the remaining playoff teams are much safer thanks to their elimination. And thank God I can stop rooting for the Flyers. Danny Briere and Claude Giroux ran this series. Briere scored 5 times, Giroux scored 6 times. Sidney "Canada's Golden Boy" Crosby had 8 points in this series. And was -3 in this game. Fuck off, Penguins.

Give Vancouver another excuse to tear apart their own city. The Canucks once again choked in the playoffs. This is a common theme with them. They can't just blame their goalie anymore, as Schneider did pretty well for himself. Maybe having a first line consisting of soft Swedes that fold faster than Ikea furniture is the problem. Maybe having guys like Burrows and Lapierre is the problem. Maybe defensemen should play defense. I don't know. I don't care. Goodbye, Vancouver.

How Bad Are the Red Sox? 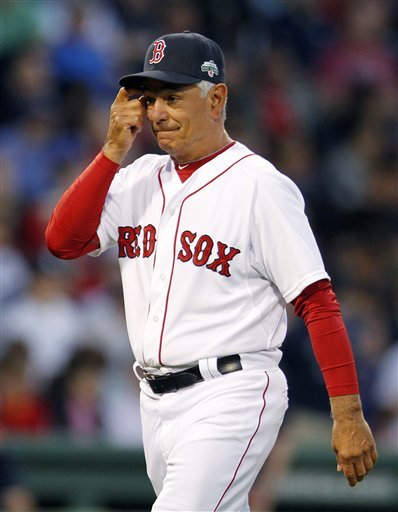 The Red Sox grounds' crew didn't even put a tarp down yesterday afternoon. There was a 90% chance of rain, but a 100% chance that the Sox were not going to play on Sunday. And who could blame them.

The 3 inning, 14 run collapse of the bullpen on Saturday was almost humorous. The ways this team finds to lose ballgames seems too surreal to be true. To be up 9-1 in the 7th inning and still lose. How is that possible?

With this team, though, it's expected.

This team finished 3rd place last year, and what did the Front Office do in an effort to improve? Lose a closer, lose a short-stop, fire a manager, lose a GM. Should we be surprised that this team is struggling?

It's not Bobby Valentine's fault. He inherited a circus. And even if you change ring leaders in a circus, clowns are still clowns. But I don't think that Character is the problem with the Sox. At least not the biggest problem.

There simply isn't enough talent. Vicente Padilla was on the scrap heap for a reason. The Red Sox haven't acquired a sought-after reliever since Keith Foulke. They sign a bunch of question marks to fill in their bullpen depth chart and hope one or two work out. Then they move their 2nd best reliever to the rotation.

This team is a mess. On the field, off the field, everywhere. They don't score runs consistently. They've already lost twice when scoring 9+ runs. Their bullpen is horrific. The rotation is still questionable.

This team sucks. Only the Royals have a worse record in the AL.

They're in Minnesota tonight. Bard has been skipped and Lester will be starting. He'll oppose Jason Marquis. I think the Sox are desperate for a win, and putting Lester on the mound gives them a good chance of getting one. 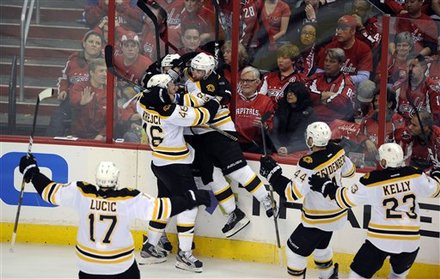 The Bruins weren't going to win this series unless some of their key forwards woke up and scored. Krejci scored yesterday. Lucic had two assists. And Seguin scored the game-winner.

Seguin was dangerous all game. It was only a matter of time before he scored. He threatened frequently in the 1st, and he helped set-up Peverley's goal in the 3rd. Finally, the opportunity came for him in OT. He was confident, he was patient, he was Tyler Seguin. He waited for Braden Holtby to commit, then he attacked. And as good as the media has made Holtby out to be, Seguin is ridiculously more talented than him. And don't forget that Seguin has to practice against Tim Thomas. That might be part of the reason why he's becoming such a good player.

I thoroughly enjoy Eddie Olczyk's mis-analysis of Tim Thomas during the playoffs. He spouted the same crap last year. The NBC guys frequently critique the two time Vezina winner for his aggressiveness. I think Mr. Olczyk believes that if he laced up his skates today, he'd be able to score on Thomas with ease. But he has just a good of a chance to score on Thomas as he does of pronouncing a player's name correctly.

Thomas was great. Washington's first goal was a deflection off Zanon's leg. Their second goal came when the referees didn't call interference or high-sticking and the Caps had a de facto Power Play. Ironically, after the play Marchand couldn't return to the ice due to the flowing blood from the non-penalty. He got a stick to the face and Washington scored. Then again, the refs were primarily focused on clamping down the toughest, fiercest player in the NHL: Benoit Pouliot.

How much attention are the referees giving Pouliot's play? Pouliot has 6 penalty minutes this series. Ovechkin has 4. Who do you think has played rougher, pushed the rules further?

Speaking of penalties, the Washington fans properly displayed their ignorance when booing the 4 minute high-sticking call on Ovechkin. Stick to face equals a penalty. And blood makes it a 4 minute penalty. There's little grey area. What the hell were the Caps fans booing?

Then again, the lack of penalties on Ovechkin isn't new. He was 21st in the NHL with 215 hits in the regular season. He only received 26 penalty minutes. That's not a typo. He was only penalized 26 minutes. 21st most hits, 393rd most penalty minutes. It's impossible to be involved in so much physical play and not be penalized more. Clearly the refs have a different rule book for him.

The Bruins' Power Play looked much better than it's been in the first 5 games. The B's scored a PP goal in the 1st. And they were much better at entering the zone and maintaining possession. The next step is to move some bodies away from the puck. That makes it harder on the penalty killers. It opens up passing and shooting lanes, creates 2-on-1 situations, and forces the goalie to move around. And we've seen Holtby struggle when he's forced to move from post-to-post.

The Bruins' penalty killing is back to form too.

So we have another Game 7. This is familiar territory for many of the Bruins. If they can continue to grow on the Power Play; if Krejci, Seguin, and Lucic can contribute; and if Benoit Pouliot's rampaging can be harnessed, the Bruins should win.

I can't wait until Wednesday.