Why It's Still Easy to Hate the Canucks

There's just nothing to respect about the Vancouver Canucks. The latest news is that their starlet goalie Roberto Luongo will not start in Boston tomorrow. Which is odd because he last played on Wednesday and would apparently have ample rest. Instead, backup goalie and BC alum and Marblehead, MA native Cory Schneider will start. Schneider is 8-5-1 with a very respectable 2.16 GAA.

And that's why he's such a loser. He's always been soft when it matters most. He doesn't do well in challenging situations. He often finds ways to avoid them. He plays the wrong position for that kind of mentality.

Then there's the remarks from Daniel Sedin. When asked about what would happen if Brad Marchand once again used his face as a speedbag, Sedin said:

"I think the referees, I hope, are going to call a penalty and we'll be on the power play,"

There's just nothing to respect about the Canucks. There's other teams I hate in the NHL. Montreal, Philly, Pittsburgh, New York. But I have some respect for things they do. Montreal can skate. Pittsburgh's gritty. Et cetera. But the Canucks flop, whine, and turtle.

I don't speak Swedish, but I think these guys are happy that Sweden won. Mika Zibanejad scored the game-winner a little more than 10 minutes into OT, and Sweden won its first Juniors title in 31 years. It was Sweden's 58th shot on net. The previous 57 had been stopped by Russian goalie Andrei Markarov. Sweden outshot Russia 58-17.

It was a thrilling end to an exciting tournament. And anytime Canada doesn't win makes me happy.
Posted by rob at 1:00 PM No comments:

Now we get some more crappy bowls before the big one on Monday. 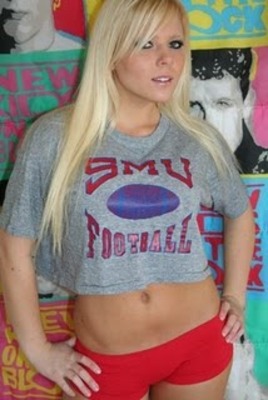 Sunday - 9:00 PM - ESPN
Godaddy.com Bowl - Mobile, AL
Arkansas State Red Wolves (-1.5) vs. Northern Illinois Huskies
Arkansas State won the Sun Belt and won their last 9 games. NIU won the MAC and 8 straight. I know nothing about these teams, but I love the name Red Wolves, so...

It looks as though Patriots' offensive coordinator Bill O'Brien will step out of Bill Belichick's shadow and into Joe Paterno's. He's expected to be named the next head coach at Penn State. He was in State College, PA for an interview this week.

O'Brien went to Brown, just like Paterno. He's spent a number of years as an assistant in the college ranks at Georgia Tech, Maryland, and Duke.

There's no questioning his offensive credentials. He came to the Patriots in 2007 and the Patriots have been scoring in bunches since then.

The Patriots are going to have to replace him, of course. I don't think it will be too difficult. O'Brien was good at his job, but how hard is it to coach Tom Brady, Wes Welker, and Rob Gronkowski? And to be honest, I don't think the Patriots' offense was as good as it could have been this year. I'm not sure if that's O'Brien's fault or not.

But I don't think it will be too hard to replace him and continue to score points.
Posted by rob at 11:00 AM No comments: 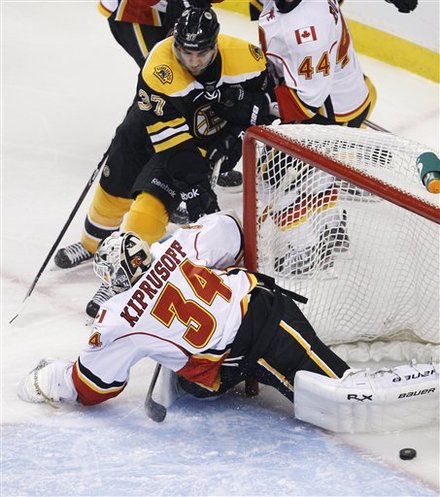 One very typically Bruins aspect of this game was that the first three goals gave points to 8 different Bruins. This whole team contributes on offense and defense. And when it all clicks (and the other team surrenders as Calgary did early last night), the result is a relentless attack.

A big difference between this season's Bruins and last season's is their depth. They were already deep last year. This year, Seguin has become a full-time player. The Bruins are also getting significant contributions from Kelly (goal last night), Peverley (2 assists), and Pouliot (3 assists). They finally have a very good 3rd line, not just a collection of inconsistent and frequently slumping forwards (See: Ryder and Wheeler).

Last night Pouliot played on the Bergeron line, filling in for Marchand. And he had 3 assists.

There's another significant difference this year. Last year, when the B's took a 2 or 3 goal lead, they'd settle in, switch the cruise control on, and be satisfied. And they mostly won, but also lost a few times, or allowed games to get closer than they should.

This year, when the Bruins build a lead, they don't slow down. They speed up. They detect blood in the water and the frenzy begins. They see their teammates score, and they want in on the kill. They have a killer instinct this season. That's why they've scored so many quick back-to-back goals. That's why they've had so many 5+ goal games.

Paille's shorthanded goal is a great example. Down 8-0, the Flames casually passed across the ice, the pass missed its target, ricocheted off the boards, and a hustling Paille found it and scored.

Also, how about Tuukka Rask? His performance might be lost in the crooked number of goals. But he's only allowed 1 goal in the last 278 minutes he's been between the pipes. Wow.

Bruins host the Canucks Saturday afternoon. I don't think Luongo will be able to sleep if he saw what happened in this game.