BRUINS GO DOWN IN THE SOUTH 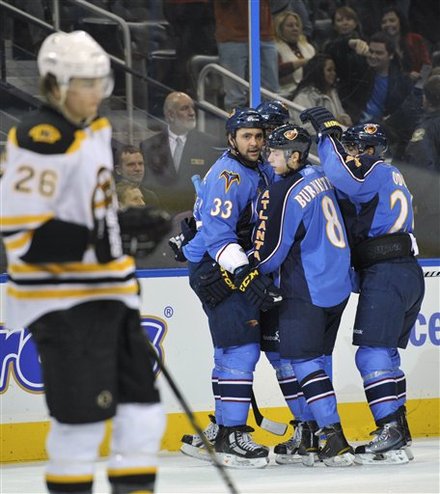 The Bruins started the season 7-2-0, and are since 5-6-2. Offensive inconsistency has been the primary culprit for this mediocrity. At the start of the season, there were several forwards (plus Chara) that were red hot. Those hot streaks have cooled down, and now the Bruins have to work desperately for goals. And when they do score, it seems to be more luck than skill.

Not having Krejci and Savard is a big factor. But there really are too many non-scoring forwards on the roster. And last night in Atlanta, Boychuk, Seidenberg, and Chara were the Bruins' leading shooters. Three defensemen, outshooting all other forwards. That shouldn't happen.

Hopefully, when Krejci and Savard return, the goals will also return. Even then, those two are playmakers, not play-finishers. I fear the inconsistency will remain.

For now, the Bruins have to be more disciplined on defense. They're not scoring, but their defensive lapses in the neutral zone make their offensive issues so much worse. They've got to play smarter, and try to get through the offensive droughts without allowing 3 or 4 goals. They've got to find ways to win 1-0 and 2-1. Though, that doesn't frequently happen in the NHL these days.

They're at Philadelphia Wednesday night, and the Flyers are likely the best team they've faced this season. Perhaps that will inspire some focus. 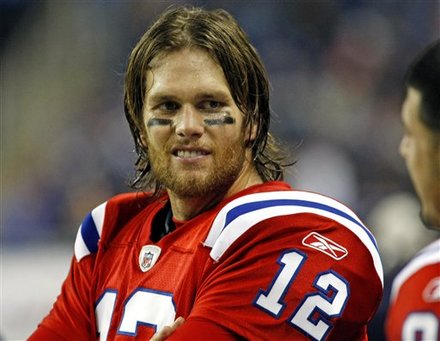 The QB Rating stat, like all statistics, is imperfect. It doesn't, by itself, truly measure how great a quarterback's game/season/career is. But Tom Brady's maximum 158.3 from Thursday's win over the Lions is one time when the QB Rating is spot on.

After struggling to generate a rhythm in the first half, Brady spent the second half dissecting the Lions' defense. He was helped by some big defensive plays, which gave the Pats very good field position. And a 79 yard hook-up with Branch, which was as much the receivers' running as it was Brady's throwing. 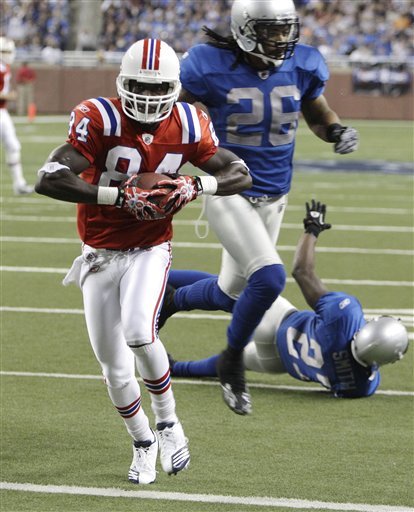 And unlike against the Colts, the Patriots' offense maintained their assault. The defense was giving the ball back to Brady, and Brady spread it around to Welker, Gronkowski, and Branch. He added to the Patriots' lead, and what was a back-and-forth 24-24 game to start the 4th, very quickly turned into a slaughter.

I'm not going to dance in the streets for a win over a 2-9 Detroit team. Then again, the Patriots have continually struggled to make in-game adjustments. On offense, and also on defense, they figured out what Detroit was doing, figured out how to defeat it, and applied those adjustments with remarkable success. 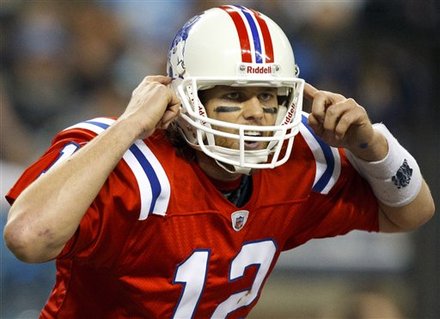 Some of the nice looking numbers from the game: Tom Brady was 21/27, completing his last 10 pass attempts, for 341 yards, 4 touchdowns, and the afore-mentioned maximum 158.3 QB Rating.

Branch only caught 3 passes, but for 113 yards and 2 scores. Welker caught 8 passes for 90, and 2 touchdowns. 7 different Patriots caught passes (3 tight-ends, 2 backs, and only 2 WRs). BJG Ellis only ran for 59 yards, but averaged 4.9 per carry, and scored twice. 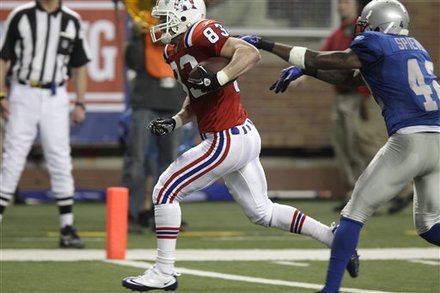 And how good has Devin McCourty been this season? He's no "shut-down corner," but he's done well in coverage, is a sure tackler, and has a nose for the football. He's a playmaker. Something the Patriots defense has been lacking for a few years.

The Patriots have an extended week to eat Lion leftovers, and prepare for the Jets, who come to town next Monday night. That's a fairly significant game.