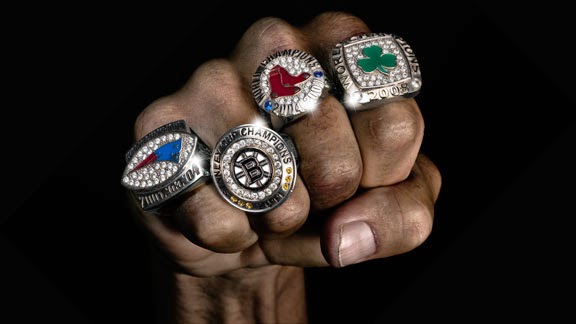 The Patriots play the Seahawks Sunday, 15 months and 2 days after the Red Sox won the 2013 World Series. That's 459 days. It's been 15 months since we've had a championship parade in this town.

It's been a nice century to be a Boston fan. I call it The Age of Being Wicked Awesome. Since 2001 we've seen the local teams win 8 championships (once every 22.5 months). They've appeared in the finals 13 times, and the semi-finals 20 times. Our 4 teams have qualified for the postseason 39 times, an average of 2.8 per year. And we as fans have been fortunate enough to enjoy our teams participating in 86 different rounds of playoff competition (6.1 per year).

It's really amazing. Especially for a fan like me, who was born in 1984, and came of age as a Boston fan in the lean 1990s. That decade saw Sox fans go nuts over winning the AL East in 1995, as if that were an amazing achievement. I remember watching the celebration on TV and asking my parents if the Red Sox had won the World Series. And if not, why was everyone so happy and why was Mo Vaughn riding a horse? 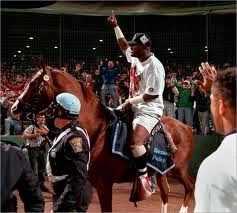 Three Cleveland Indians wins later and the 1995 season was over.

Boston also had a rally for the 1999 Sox because they won a playoff series. And even more embarrassing was June of 2001 when the City rallied to celebrate Ray Bourque winning a Stanley Cup in Colorado. The 1990s was the only decade in the 20th century that did not see a Boston team winning a championship.

Fourteen years. Three Super Bowls, three World Series, a Stanley Cup, and an NBA title. How many championship DVDs do you have in your collection? How many hats and t-shirts? How many hours have we been able to get together and watch great teams play playoff football/baseball/hockey/basketball?

The Celtics are trying desperately to build a contending roster, so far with little to show for it. The Bruins have salary cap issues. The Red Sox are rebuilding. Tom Brady and Bill Belichick are getting old. These joyous times might soon be coming to an end.

I'm not saying teams here won't win championships again, but this unprecedented ringfest seems like it might soon be simmering down. So hopefully the Patriots will win on Sunday, and put an exclamation point on this era. It seems fitting, as it was the Patriots in 2001 who initiated this Age of Being Wicked Awesome.