Pedroia Wants to Play Despite Injury 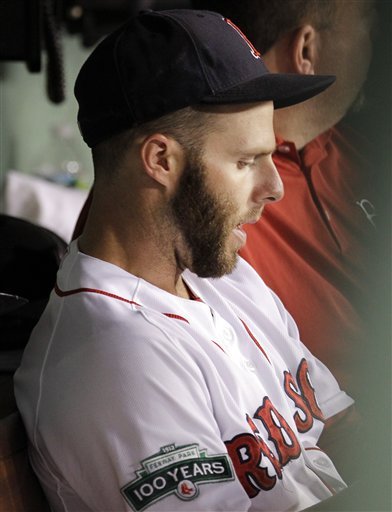 I'll give Dustin Pedroia two thumbs up (get it?) for wanting to play through injury and return to the Red Sox lineup as soon as humanly (or inhumanly) possible. He tore part of the adductor muscle in his thumb. The initial injury occurred weeks ago, according to Pedroia, but it was aggravated Monday afternoon against the Tigers.

Right now, the Sox are in a holding pattern on this injury, waiting to see how much the swelling goes down, and if Pedroia feels any pain. If it hasn't healed and he's not back in the lineup in the next 2 to 4 days, he'll likely be placed on the DL.

Pedroia is eager to play. He's declared a willingness to play even if it still hurts, even if he still feels pain. And the Sox' PR Machine hasn't been reluctant to mention this old-school grittiness.

At first, part of me thought that the Sox should sit Pedroia for 2 weeks, just to be safe. Then I remembered that I'm not a doctor. If this muscle has healed, it's healed. And it might even be medically unwise to avoid using it. From what we've been told, the tear isn't that bad. It's a slight tear in a thumb muscle, not a ripped hamstring or detached quad.

My opinion is this: I don't want Pedroia playing through this injury. If it's still injured, if it requires a splint or any sort of special treatment, I want Pedroia on the DL so this thumb can heal properly and he's available down the stretch. At the same time, I also don't want the Sox to be overly cautious. If the injury has healed, then let him play. Don't make him sit out with his thumb up his ass.

The next 24 hours will determine a lot. Is the thumb healed, or does it need further healing. I only wish the doctors announced the news in this manner: 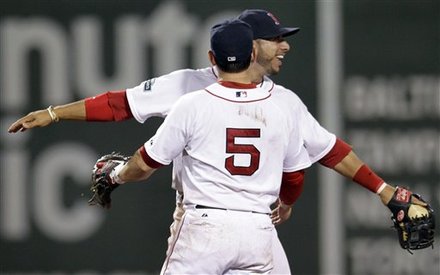 Normally, I would say that the Red Sox surpassing the .500 mark for the first time in a season after Memorial Day is hardly worth celebrating. However, I really like how the Sox did it.

They weren't supposed to do it last night. All the explanations and excuses were lined up in advance. Verlander was on the mound for Detroit. The Sox' #5 starter Bard was facing him. It seemed a foregone conclusion that the Sox would lose. But they didn't.

If you're going to wait until May 29th to go over .500, you'd better make it special. Or at least interesting. And the Sox did that. They got to Verlander, one of the top pitchers in the game. Bard had a very Bardlike game, but Valentine was able to retrieve him before any major damage was done. The bullpen did a solid job finishing the game. And Aceves didn't allow a homerun.

Daniel Nava's 3 run double in the 4th was the biggest hit of the season. There were 2 outs, the bases loaded, a full count, and the game would turn on the next pitch. Verlander would either escape the jam and the Tigers would eventually score on Bard and have a good chance to win. Or, Nava would get a hit, give Bard a cushion, and put the Sox in the driver's seat.

After that, the Sox didn't mess up and lose control of the game. The bullpen did its job. Ortiz had an RBI double in the 5th and a solo homerun in the 7th to pad the lead. Detroit's not a very good offensive team (9th in the AL in runs scored), and the Sox took advantage of that.

Ortiz has returned to his role as the heart of the Red Sox lineup. He leads the team in the following categories: runs, doubles, homeruns, total bases, walks, batting average, OBP, SLG, OPS.

Now that this hurdle has been overcome, the next step is to keep up some of these good habits we've seen lately. We've seen very few bad starts from the pitchers, the bullpen has stabilized, the offense is getting clutch hits in game-turning situations. That's a winning formula. It starts with the starting pitching, and the rest falls into place.

The Orioles, Rays, and Yankees all lost last night. The Sox are only 3.5 games out in the division, and 1.5 out of the 2nd Wild Card. The opportunity is there.

Jon Lester pitches for the Sox tonight. Drew Smyly is on the mound for Detroit. Smyly was good in April. He's been bad in May. He has a 6.75 ERA in his last 3 starts.