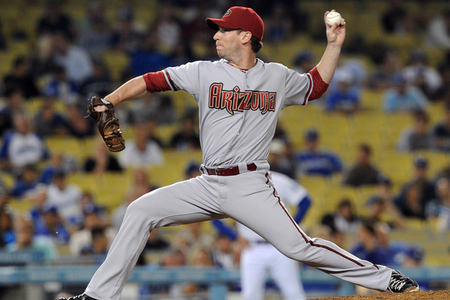 On Monday I wrote that I didn't want the Sox to be buyers or sellers on Deadline Day. I wanted them to do nothing. That's essentially what they did.

They traded Matt Albers and Scott Podsednik to the Diamondbacks for Craig Breslow. Albers was a righty, Breslow is a lefty. Breslow's pitched in 40 games this year for Arizona and has a respectable 2.70 ERA and 1.18 WHIP. You may remember him from 2006 when he made 13 appearances for the Sox.


He's actually a minor league knuckle-ball pitcher. He's 27 years old, and is 9-6 with a 2.49 ERA in AA Akron this year. He hasn't had much success in the minors. But he hasn't been a failure either.

A very dull Deadline Day for the Sox. I'm glad they didn't give up any young talent. They have a chance to make the playoffs this year, but they're not Championship contenders. And if they do win, it will be because of the players they have, not any additional pieces. 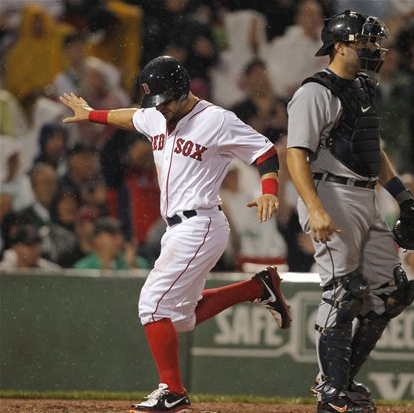 The Red Sox should thank the Rain gods this morning. With Josh Beckett leaving early, the Sox' bullpen was going to have to work extra hard to get to the 9th inning. Franklin Morales was on the verge of breaking down when the game was halted, and eventually called, giving the Sox a 4-1 victory.

The Sox deserved the win. They scored 4 runs off Verlander in 5 innings, and that's worthy of a 'W' in and of itself. The rain simply gave the Sox an assist, made it easier to complete the victory.

Clay Mortensen was excellent. Just another role player in a long line of role players to pick up the team when a star disappoints them. Mortensen literally did Josh Beckett's job last night. He went 3 scoreless innings, allowed 1 hit and walked 3.

The Sox go for the sweep tonight. Aaron Cook faces Rick Porcello. Cook needs a good start after being smashed by the Yankees for 6 runs. Porcello is strictly mediocre and the Sox should hit him. Ellsbury is 5 for 5 against him with a homer.