All four of these bowls will be played on Friday. It's a very packed day of football.

Friday - 12:00 PM - ESPN
Bell Helicopter Armed Forces Bowl - Dallas, TX
BYU Cougars vs. Tulsa Hurricanes (-1)
BYU won 9 games as an independent. They lost to Texas, TCU, and Utah, so that's not too shabby. Tulsa's losses are also nothing to be ashamed of (Oklahoma, Boise State, Oklahoma State, Houston). The Hurricanes have a good offense, and I think they'll be able to score against BYU. 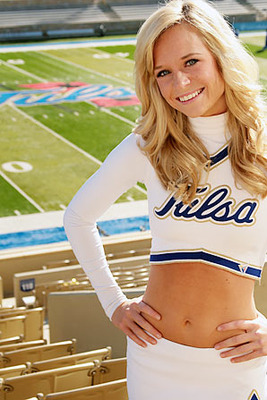 Friday - 3:20 PM - ESPN
New Era Pinstripe Bowl - Bronx, NY
Rutgers scarlet Knights (-1.5) vs. Iowa State Cyclones
Rutgers will essentially be the home team. ISU only won 2 road games. Their big win came against Oklahoma State, but other than that, they were pretty bad. They struggle to score points, they allow nearly 30 per game. Rutgers has the 12th best scoring defense in the country, and it'll be a surprise if Iowa State puts up any points. 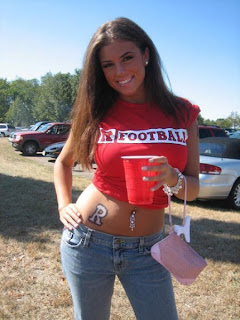 Friday - 6:40 PM - ESPN
Franklin American Mortgage Music City Bowl - Nashville, TN
Mississippi State Bulldogs (-6.5) vs. Wake Forest Demon Deacons
Long title, long school names. To make a long story short, both these teams went 6-6. But Mississippi State's schedule might have been a little tougher out in the SEC West. MSU was 4-0 outside of conference play. Wake Forest was 1-3, and that 1 was against Gardner-Webb. 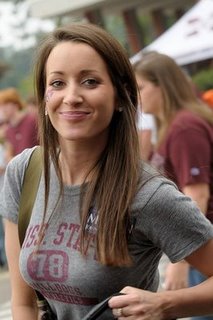 Friday - 10:00 PM - ESPN
Insight Bowl - Tempe, AZ
Iowa Hawkeyes vs. #14 Oklahoma Sooners (-14)
OU can't be happy to be playing in this part of Arizona. The question is, will they be motivated to prove something, or depressed and glum. Iowa is a tough team to figure out. They lost to Iowa State, but also beat Michigan. I think they'll at least make a game of it against a bruised and battered OU team.

The US tried to push around Finland, just as they'd pushed around Denmark. It didn't work. Not only did the Finns stand firm, they actually won the physical battles at the half wall. Finland didn't dominate the game as the score might suggest. But they were the better forechecking team. Their goaltending was also superior. Sami Aittokallio made some brilliant saves for Finland, and American John Gibson let a few pucks squeeze through him. Even if he hadn't, the US wasn't going to win.

The American team essentially must win against the Czech Republic Friday afternoon if they want to advance to the quarterfinals.

The Czechs just got beaten 5-0 by the Canadians, but they were playing the second of back-to-back games and looked extremely tired. They'll bring their best game when they play the USA.

Russia beat Slovakia 3-1 and have won both their games, just like Canada. In a bit of a surprise, Sweden needed a shootout to beat Switzerland 4-3.

Photo Credit:
The Canadian Press
Posted by rob at 1:00 PM No comments:

Why not try to spread holiday cheer on the T?

The MBTA was not so cheerful about the prank. The employee who programmed the scrolling marquee to declare the holiday greeting was written up by his bosses, but was not suspended or fired. I think even to be written up for it is a bit Scroogelike.
Posted by rob at 12:00 PM No comments:

More on the Andrew Bailey Trade

There's nothing not to like about this move. Reddick was a decent 4th outfielder, but that's something easily acquired. Ryan Sweeney, for instance, has a .283 career average. Bailey, on the other hand, considerably improves the Red Sox bullpen. Which needed improving.

He's closed for three seasons in Oakland. And while he's never recorded more than 30 Saves in a season, that's probably because Oakland hasn't finished above .500 in the three seasons he's been out there. He's only blown 9 Saves in his career, and only 5 in the last two years. That's an 89% conversion rate, and that's not bad. Papelbon converted 88% of his Saves.

It'll be interesting to see how he handles an increased workload. He only pitched 41.2 innings last year, and 49 the year before. Again, as closer for the A's, opportunities to work are limited. He threw 83.1 innings in his rookie season and did quite well.

He doesn't have the track record of an established MLB closer, but he has done the job. Unlike say Daniel Bard. Speaking of which, it's almost a foregone conclusion that Bard will be in the rotation.

It's kind of funny how boring and frustrating this Red Sox season has been that this seems like a huge acquisition.
Posted by rob at 11:00 AM No comments:

Bruins Win Duel in the Desert 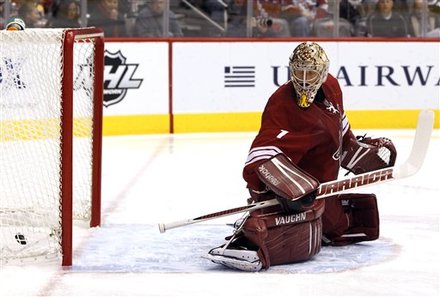 It was a goaltender's duel, but the Bruins emerged victorious thanks to some good old fashioned grinding. They were sloppy at times, and for most of the 2nd period they seemed to listlessly drift around the slushy ice. But they picked it up in the 3rd, then ended it in OT. The Bruins outshot the Coyotes 12-4 in the 3rd period and overtime.

Krejci's goal to start the game was a heads-up play as the Bruins took advantage of the Coyotes paying too much attention to Brad Marchand. Then the Bruins hibernated for a period and a half, then woke up.

The only goal Tuukka Rask allowed was a piece of craftsmanship from Ray Whitney. There's a reason that guy has nearly 1,000 points.

The highlight of the game was Adam McQuaid's thrashing of Raffi Torres. Torres had just checked Ference underneath the jaw, and McQuaid made him pay for it.


Check out the girl in the front row at 0:55. Warm desert temperatures may cause poor ice conditions, but they also allow girls to wear stuff like that.

Anyway, Torres only deserved a minor penalty for the hit, and McQuaid dished out the rest of the punishment. McQuaid is as insane as Mark Stuart, only taller, and a more sound defenseman.

Last night he was more like the Road Runner, nearly killing a Coyote.

It's nice to see that the Bruins can win an 8-0 game, then come back and grind out a 2-1 victory. They play in Dallas Saturday night.