Well things are getting interesting, aren't they? 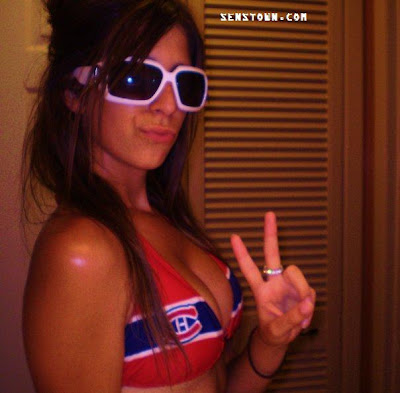 Crosby and Malkin have combined for 1 goal and 4 assists in this series. Pittsburgh needs more than that. But perhaps Jaroslav Halak deserves credit for that. Since his shaky Game 1, he's only allowed 4 goals, stopping 94 of 98 shots (.959 SV%). There's nothing scarier than a Montreal team propelled by a hot goalie. 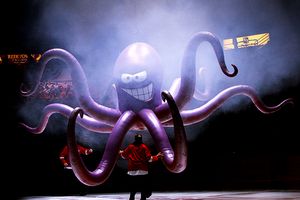 If Detroit goes down, it won't be without a fight. Johan Franzen scored a natural hat-trick (3 goals in a row, without anyone else scoring in between them) in the 1st period. He also had an assist in that period, setting a Stanley Cup record for most points in a period. He scored again in the 3rd, and had an assist in the 2nd. So that's 4 goals and 2 assists. And yes, he was awarded the #1 Star. Finishing a 4 game sweep of the Angels last night, the Sox are once again over .500. And while outscoring the Angels 36-16 in 4 games makes for an enjoyable week, the opponent was hardly a worthy one. That being said, the Sox need to take 4 from teams struggling. They need to take at least 2 of 3 from the Orioles. Anything less is truly embarrassing.

Daisuke went 5.1 innings, allowing 5 runs off 5 hits and 3 walks. He threw 92 pitches, 58 for strikes. It was much better than his first start, but it still had the makings of a typical Matsuzaka outing: lots of pitches, lots of nibbling, not enough innings.

Victor Martinez hit his 2nd homerun of the season, also had a double, and knocked in 4.

The Sox have a much more important and revealing test ahead, as they play the Yankees 3 times this weekend. Hughes vs. Beckett tonight.