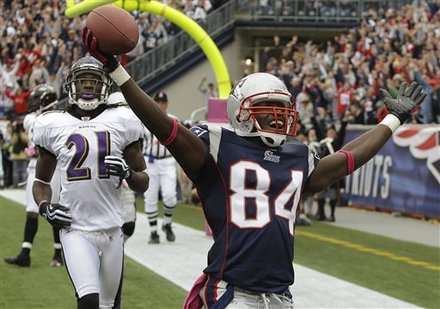 Fun fact, the tickets for yesterday's Patriots games, which were mailed to season-ticket holders many months ago, featured an image of Randy Moss.

It wasn't pretty. Then again, we've been bitching about this team falling short in the 4th quarter. So let's enjoy them dominating the final phase of the game. The Pats held the Ravens to 31 yards in the 4th.

The Patriots' offense also wasn't pretty. Neither was it ugly. Danny Woodhead amassed 115 yards of offense. Deion Branch caught 9 passes for 98 yards and a score. While that was going on, BJG Ellis had a Maroneylike 20 yards on 10 carries. Brady's numbers were also unimpressive.

The defense came up with the big plays. Unlike the last 20 or 30 games, they were able to stop the opposing offense on 3rd downs. Baltimore only converted 5 of 16 3rd downs. The Ravens were held to 99 yards on the ground (2.9 per carry). 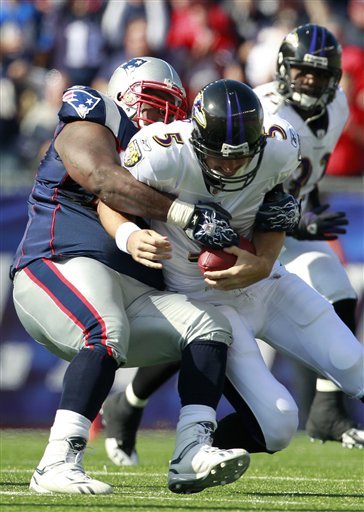 There were shades of 03-04, as the big defensive plays came from random guys like Jermaine Cunningham. That being said, the Ravens' offense is hardly dynamic. The Ravens run, and not amazingly so. Their passing offense is mediocre and simple. Even the Pats' secondary can handle it.

Also, the Patriots were at home, where they haven't lost a regular season game since 2008. Also, the Patriots were coming out of a bye week. 2002 was the last time they lost after a bye week. They had two weeks to prepare for Baltimore. The Ravens only had a week, and all their film of the Pats' offense was less relevant, as the gameplan would be much different without Moss.

But I look at the NFL standings, and the Patriots are right at the top. They have the 2nd best record in a League loaded with mediocrity. 12 teams are either at .500, or one game above or below. These games, and ultimately the season, will be decided by the slimmest of margins. The teams that can make big plays, avoid stupid penalties (Meriweather, that's you), will be the team that goes the furthest.

Patriots at the 2-4 Chargers next week. 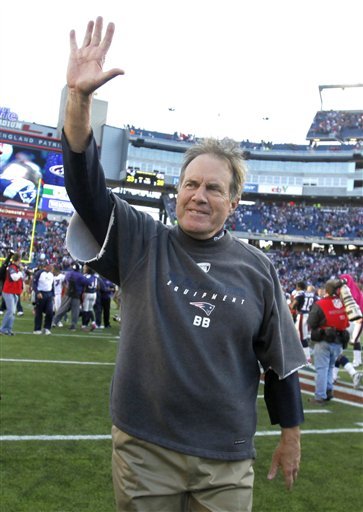