The ACC hasn't been too impressive in recent years. ACC representatives were 3-4 in Bowl Games. The struggles of Miami and Florida State are partially to blame. But this year might be the beginning of a resurgence. The U is back, ladies and gentlemen. Jacory Harris looks to build on an impressive yet inconsistent (17 INTs) season. He has 4 excellent receivers to distribute the ball to, and some solid runningbacks to carry the mail. The defensive line is ferocious and deep. The DBs are also solid. There are still rough edges, and this team will still find ways to tokenly screw things up, but they're in the ACC, so it won't matter. They host Virginia Tech in November, so i'm giving the Hurricanes the edge to win the Coastal Division, which is by far the superior grouping in the ACC.

The Hokies return 7 offensive starters, including talented QB Tyrod Taylor, a talented stable of WRs, and last but not least: Ryan Williams, who ran for 1,655 yards in '09, scoring 21 TDs. Virginia Tech finally has an offense again. However, their defense only returns 3 starters, 1 each on the D-Line, at LB and in the defensive backfield. And the new faces aren't that impressive, either. Thankfully for Tech, they're in the ACC, and reloading years can still be quite successful. 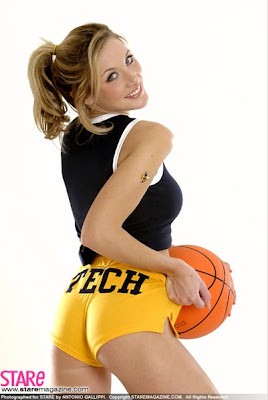 Don't forget that GT won the ACC last year. The Yellow Jackets averaged 295.4 rushing yards per game last year. They lost a few backs to graduation, but that's like taking a gallon of water out of the ocean, there's plenty more RBs where those came from. Unfortunately, the Yellow Jackets have some big leaks. Their defense couldn't make stops, their QB was erratic, and their special teams were a liability. Hiring Al Groh as a defensive coordinator should help the defense. It'd be hard to make that worse. Tech will be good, just not good enough to beat Miami or Virginia Tech.

Florida State will cruise to an Atlantic Division title. Because who can contend with them? BC? Clemson? HA! The Seminoles will feature an experienced, balanced offense led by QB Christian Ponder. Their defense was awful last year, allowing 21+ points in 12 of 13 games (they held Jacksonville State to 9). They've changed their defensive coaching staff, adding Mark Stoops as defensive coordinator. They play in a weak division, but have some tough non-conference opponents.

The rest of the conference is listed alphabetically...

BC has especially strong strengths, and especially weak weaknesses. RB Montel Harris returns after a 1,457 yard, 14 TD sophomore season. The Eagles also boast one of the best LB corps in the country with Mark Herzlich slated to return. However, their receivers are inadequate. They'll miss Rich Gunnell. And QB David Shinksie struggles against competent defenses.

No more CJ Spiller for Clemson. No Jacoby Ford either. The Tigers will not be able to replace the 32 TDs and 2,616 yards from scrimmage these two provided. They will have some decent RBs, but they need one of them to emerge as a true #1. They have almost no offense. Their defense is solid, with a superb D-Line, but it's not good enough to win games on its own. 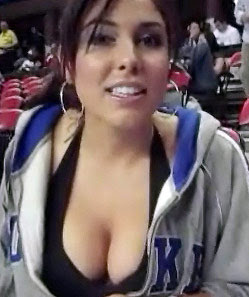 Duke has a solid passing game, but absolutely no rushing game whatsoever. The Blue Devils averaged 63.5 yards/game last year, and 2.3 per carry. Their defense is also quite bland. Then again, it's Duke. They're no longer utter pushovers, no longer guaranteed wins for opponents.

The Terps have some solid skill players on offense, but lack a line to protect their QB or make holes for their RBs. Their defense allows big plays, and gets a little too blitz-happy. Head coach Ralph Friedgen would be gone if not for a $4 million buyout that the athletic department didn't want to play. They're one of the worst teams in the country and didn't do much to improve. They were 2-10 in '09, with one of those wins coming against James Madison... in overtime.

People expect to see something from UNC this season, but not me. They return 9 starters from the 13th best scoring defense in the country. But they also return 9 starters from the 83rd ranked scoring offense. They have future NFL guys like DE Robert Quinn, who registered 11 sacks last year. But their offense is a joke. QB TJ Yates threw 14 TDs last season, along with 15 INTs. They'll compete, and could upset a big team in the Coastal Division, but don't expect them contending. NCSU scored a nice 30.7 points per game last year. But they allowed 31.2 per game. And 110 of their 368 total points came against Murray State and Gardner-Webb. So their offense isn't as good as it might seem. If QB Russell Wilson decides to play football (he was drafted by the Rockies), then NCSU might win some games. Otherwise, they're completely screwed.

New coach Mike London inherits Al Groh's mess. UVA are one of the worst programs in college football. They lost to William & Mary last year. They were 103rd in scoring offense, 68th in scoring defense. London will bring things back to basics, which should suit his players better. But he has absolutely no talent to work with at all. The November 13th meeting between Virginia and Maryland will be an abomination to the game of football, and should be boycotted.

Prediction: 4-8 (they play Richmond and VMI).

With the departure of Riley Skinner, there's a 4 way competition for the QB spot. The Deacons boast some good WRs and dependable backs, so they might select a speedy QB and go with an option offense. That wouldn't be a bad idea, and it could do well in the Atlantic Division. They have some defensive ends that can pressure opposing QBs, but they're weak up the middle on defense. Token ACC team here.

Email ThisBlogThis!Share to TwitterShare to FacebookShare to Pinterest
Labels: BC Football, College Football

While a 2 of 3 series win against Toronto is nothing to be ashamed of, quite frankly, the Sox cannot afford to simply maintain the status quo. They need to gain ground. It's time to move. And they very nearly lost 2 of 3 in this series.

I'm not closing the book on them just yet. But the Sox need to gain about a game a week on Tampa Bay. They have 6 head-to-head games against the Rays, so there's still some hope.

There's slightly more hope that Clay Buchholz will win the Cy Young. He's not your typical Cy Young type of guy. He's a lanky 6' 3" 190 pounds, and isn't the dominant strikeout pitcher that usually wins that Award (79th in Majors in strikeouts). But his 2.26 ERA is best in the AL, and 4th in the Majors. Unfortunately, CC Sabathia has him beat with 17 wins, 151 strikeouts, and his ERA is at 3.02. But Clay's certainly been the MVP of Red Sox this season.

The Sox are 4-2 so far in their 9 game homestand against mediocre and poor quality teams. They host Seattle, and anything short of a sweep is an abject failure.

Photo Credit:
Canadian Press
Posted by rob at 9:00 AM No comments: