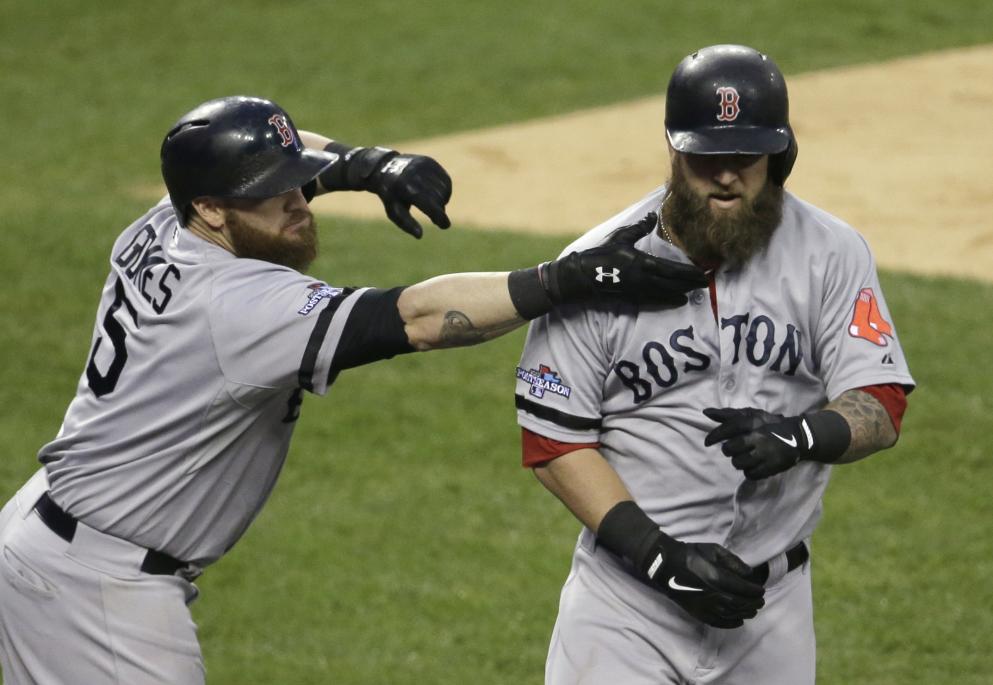 Justin Verlander (not Justin Bieber, as Erin Andrews almost called him during a post-game interview) entered this game with all the momentum and all the hype. And he lived up to that with a fantastic performance. However it wasn't quite as fantastic as the effort John Lackey put in. Verlander went deeper into the game and struck out more batters, but Lackey didn't allow a run at all. He also didn't walk anybody. The few times he was close to being in trouble, he pitched his way out of it. He needed to be absolutely magnificent for the Sox to win, and he delivered.

Mike Napoli also delivered. His 7th inning homerun was only his third hit of the playoffs. In postseason baseball you only need 1 hit to have a good series.

The bullpen continues to roll. The Tigers' starting pitchers have overall done better than their Red Sox counterparts in this series. The reason the Tigers aren't up 2-1 or 3-0 is because the Sox bullpen has significantly outperformed Detroit's. Detroit's bullpen has pitched 5 innings in this series, and allowed 5 runs, all in Game 2. The Red Sox bullpen has been asked to pitch 8.1 innings and has yet to allow a run.

The bullpen is the reason the Red Sox lead the series 2-1.

It's crazy to think that despite three brilliant outings by Tigers starters, and despite Red Sox hitters going 12 for 90 at the plate (.133), the Sox have the edge in the series.

Jake Peavy starts Game 4 for the Red Sox Wednesday night. This type of situation is the reason why the Sox traded for him. His purpose is to add depth to the rotation for moments like this one. Doug Fister will start for Detroit. Peavy has a good track record against the Tigers' lineup, except Miguel Cabrera who has 3 homeruns off him and Torii Hunter who is 7 for 14 against him. The Red Sox faced Fister twice this season. They were shut down on September 2nd, but knocked him around for 6 runs in 3.1 innings in June. Daniel Nava has crushed Fister in the past, going 5 for 12 off him with 3 doubles. Jarrod Saltalamacchia is 5 for 11 against him.

All three games have been incredibly entertaining. And close. If this series goes the full 7, it will be Lackey facing Verlander again.