Buster Olney has tweeted that the Red Sox have made a trade with Oakland for closer Andrew Bailey. The deal is rumored to involve Josh Reddick. Bailey is 27 years old and recorded 24 saves last year. He has 75 career saves. We'll have more on this story as it develops.
Posted by rob at 4:58 PM No comments:

This post brought to you by JUGS Sports Batting Cages

The Pats and 49ers are tied for the most Pro Bowlers, both teams with 8 named to the roster. The Patriots have 7 starters. QB Tom Brady, WR Wes Welker, TE Rob Gronkowski, OG Logan Mankins, OG Brian Waters, DE Andre Carter, and DT Vince Wilfork. Matthew Slater was named as a special teams player.

The Brady, Welker, and Gronkowski picks are obvious. Brady is clearly the best quarterback in the AFC, Welker has 116 catches, and Gronkowski has 15 TDs. Mankins has become a perennial Pro Bowler. Brian Waters was a late acquisition, and has been indispensable for the Patriots. Wilfork has a reputation and Andre Carter was having a great year before he got hurt. Slater has been excellent on special teams and is perhaps the best open-field tackler on the team.

What does having 8 Pro Bowlers mean? Not much. It's a nice honor for guys like Slater. But I don't think guys like Brady or Wilfork care very much. Their eyes are on the postseason, and on team goals. 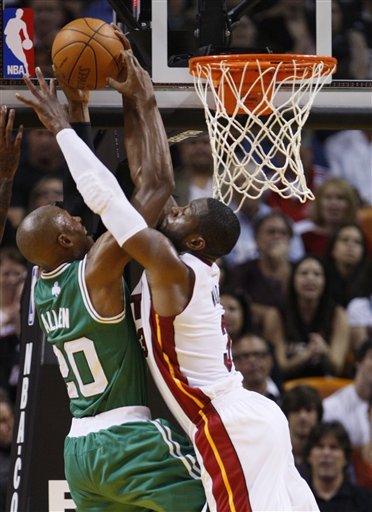 Normally, if the Celtics were winless on December 27th, there'd be cause for concern. But with the abbreviated season and the lack of Paul Pierce, I'm not terribly worried. The C's were a few key plays from beating Miami in Miami. All without Pierce.

Then again, they needed outstanding nights from Allen and Rondo to even be close. Allen was 6/8 with his 3 pointers, and Rondo scored 22. Rondo was the only Celtic who seemed capable of playing with speed. They also got 18 from Kevin Dooling.

What they didn't get was much production from Garnett. I hardly noticed when he was on or off the court. He scored 12. O'Neal didn't score at all and Pavlovic only scored 5. Without Pierce, KG needs to be more of a factor. And guys like O'Neal need to do something.

I don't think the C's will struggle to beat the mediocre teams of the NBA, even without Pierce for 2 more games. So while they're 0-2, I doubt they'll struggle to win games. However, they do need to improve in a few areas if they want to do anything memorable in the playoffs.

They're in New Orleans tonight.