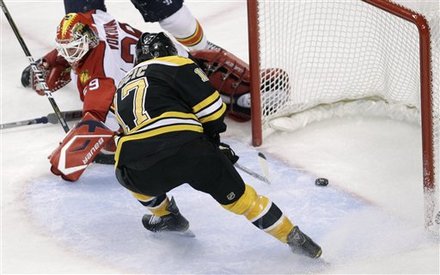 Milan Lucic scored a hat-trick last night, which gives him 10 on the season. That surpasses his total for all of 09-10, and he's got more than a good chance at beating his career best of 17 set the season prior. Yet he wasn't the top performer of the night. Tuukka Rask stopped 41 shots en route to a shutout, and his first win of the season.

For good chunks of this game, the Panthers were just a bit better than the Bruins. The Panthers also had 10 minutes worth of Power Play time. Tuukka kept the game even, then kept it at 1-0 for about 30 minutes, waiting for Lucic to explode. 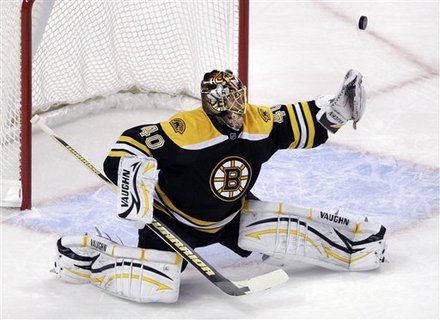 The big difference for Lucic this season has been his skating. He's moving around, getting to pucks, crashing the net. That's how he scored all 3 of his goals (it was a "natural hat-trick" by the way, which means he scored all three in a row, uninterrupted by another player's scoring), by getting himself in position to make plays.

He's also developed a nice in-stride shot. His goals are rarely pretty, but they're never ugly. Being with a guy like Nathan Horton seems to help too. He had an assist on all three of Lucic's goals.

Lucic stands at +12, with 10 goals, and 7 assists. He's only amassed 18 penalty minutes, but that's because he's using his strength to make productive plays, not to send messages. Shawn Thornton can do that quite well. 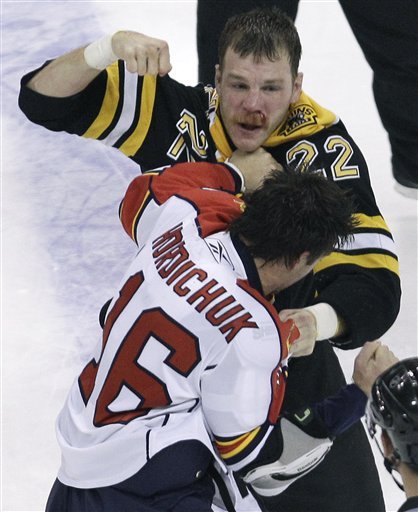 The Bruins have won 3 straight, but they've hardly faced world-class opposition. Florida have the 5th worst record in the NHL, and the Devils are 3rd worst. The Rangers are tied for 15th in the League.

But wins are wins, hat-tricks are hat-tricks, and shutouts are shutouts. The LA Kings (5th best record) come to town Saturday night.