Roger Goodell and the NFL crave headlines, not justice 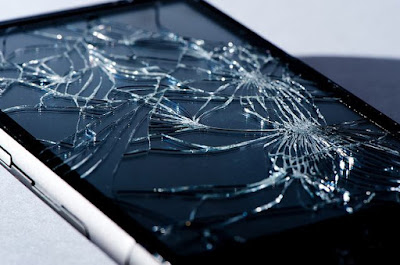 "Tom Brady destroyed his phone" is the latest salacious and headline hungry statement/leak that the NFL has disbursed in its efforts to make Brady look as guilty as possible, and to make Roger Goodell look like the punisher of the wicked. This was never about PSI, it was about perception: Goodell's perception as the strict disciplinarian, and the perception that some owners around the NFL have of the Patriots getting away with cheating.

Think about. This "damning" evidence, this so-called "smoking gun" was something the NFL was happy to keep under wraps, so long as Brady gave them the confession they wanted.

The NFL lacks evidence, so they deploy innuendo. Whatever facts there are behind Brady's phone being disposed of become irrelevant. How did he destroy it? Was it physically destroyed or just dismantled and the information erased? Was it smashed to bits or dropped in water or blown up or melted or hurled into space?

We don't know the details, and the NFL doesn't care to know them. Details are important when seeking justice. And their lack of importance in the DeflateGate maelstrom demonstrates how uninterested in truth and justice Goodell and the NFL have been since this whole thing started.

The investigation into DeflateGate was only secondarily about trying to find out if the Patriots deflated footballs, and if so, under whose authority and with whose knowledge. The primary goal of the Wells Report, and of every leak and NFL statement, has been to make Brady and the Patriots look as guilty as possible.

A referee claimed to use one gauge to test footballs, but his memory was refuted by the Wells Report, because it destroyed the NFL's case. His memory was deemed faulty based on the reliability of his own memory. I'm not making that up. You can't make that up. His recollection of the Colts' ball's pressures was used as the basis of the argument to refute his recollection of which pressure gauge he used. So his memory is unreliable, based on an argument that relied on his memory.

Remember the leak that broke this entire story? The Patriots were said to have been caught with 11 of 12 footballs 2+ pounds of pressure under the legal minimum. The footballs were indeed below the 12.5 minimum, but not by as much as the leak and the ensuing story claimed. They were, according to one gauge, deflated about as much as the Laws of Physics would predict. But that fact wasn't revealed for months. Even though the NFL knew the leak was inaccurate.

Information with incorrect details was leaked, reported, and then was used as a foundation for the biggest story of the 2014 NFL season. The NFL knew the leaked information was inaccurate, and did nothing to correct it.Why?

Why be so wary of details? Because details don't matter in a witch hunt. Details don't matter when the owners of the Colts and Ravens want to see the Patriots pay, and the Commissioner wants to appear to be a hardass. Sheriff Goodell needed to prove that he's a man of law and order. So with the backing of a group of frustrated owners, the witch hunt and trials by fire began.

This has been a smear campaign from its outset. Incorrect facts were leaked and went uncorrected for months. The Wells Report was based on faulty physics and convoluted logic. And now this bombshell about a phone, which was never going to be given as evidence anyway, being "destroyed," is the latest effort by the NFL to crucify Brady in public, while ignoring any truth or details which might reveal what actually happened.