I'm So Sick of these Fox Broadcasts

The World Series is now essentially a best of three series. And the best part about that is that we will only be subjected to three more Fox broadcasts.

At best Joe Buck and Tim McCarver are boring. I'm tired of the shallow Wikipedia talking points for each hitter. Did you know Xander Bogaerts speaks 4 languages and started the year in AA? Did you know that Will Middlebrooks and Michael Wacha both grew up in Texarkana, Texas? Not Texarkana, Arkansas, but Texarkana, Texas!

At worse they're overly critical and then when events unfold to prove those criticisms wrong, they rarely acknowledge them. They criticized the decision to put Lackey in the game in the 8th (how much would they have drooled if Verlander had been used in relief?). Now I can't say I liked that move, I can't say I didn't like it. But I got it. I understood the sense of it. Lackey pitched well and Buck and McCarver didn't allow the audience to hear them eating crow.

Then they criticized the Sox for holding Wong on first. How did that work out for the Sox?

All McCarver has ever done is point out and then complicated the obvious. He sounds like he's reading a 1949 book on baseball fundamentals. And then he goes on tangents about anything and everything related to 1960s baseball and pop culture.

I think if Buck had a more youthful, more dynamic partner, he'd be okay. I actually like how he doesn't scream and shout, and allows the spectacle of the moment to be enjoyed by the viewer. He's not trying to make a memorable call, he's just working.

But Buck's measured pace doesn't blend well with Fox's hyperactive camera shots. Fox missed the last out on their live broadcast because they were busy showing various 1.5 second shots of anxious Cardinals fans with their hands on their face. Because that's how you build tension.

Tension in the World Series builds on its own, it doesn't need a director's help to be conveyed trough editing and camera work.

Fox baseball broadcasts are close to unbearable to watch, and should be used at Guantanamo to extract information from enemy combatants.

Patriots Wins Not Pretty, But Have Great Personalities 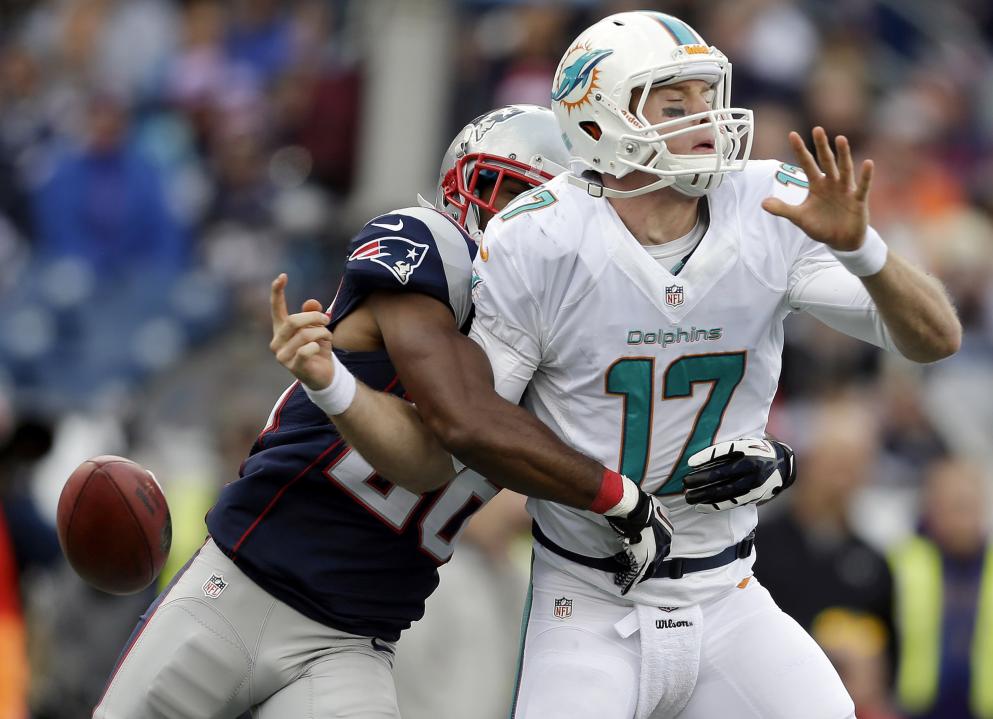 The Patriots are 6-2. And Sunday afternoon was another so-called "ugly" win. But I prefer to see these wins as having good personalities. And some having rugged good looks.

Let's look at some of the positives. The Pats almost tripled their season total for 3rd quarter points with 17 in this game. They rushed the ball well. The defense forced turnovers. The defense allowed less than 20 points and only 2 touchdowns, even with all the injuries. They sacked Ryan Tannehill 6 times. After Tom Brady's interception in the first quarter, the Patriots didn't turn the ball over at all.

And most promising of all is that the defense closed the game out. The offense didn't need to keep piling up points or run out the clock with an 8 minute drive. The defense sealed the win with interceptions and a blocked field goal.

The defense could also form a highly competitive volleyball team if they wanted to.

The refs helped. And for Patriots haters out there, that's actually good news. Because now maybe Pats fans will stop talking about officiating for awhile.

However I don't think Miami did much to win this game with or without favorable calls going the Patriots way. The Pats had a lousy first half, probably their worst half of the season. Miami got ahead, then the Pats woke up with their best third quarter of the year. And Miami had no answer. It wasn't a pretty win, it was a win, and this isn't college football with the BCS. There are no style points. Wins are wins, losses are losses.

The Patriots are 6-2 halfway through the schedule. Who saw that coming with all these injuries?

Who thought that Brady would have a 74.9 rating and the Pats would be tied for the 5th best record in the NFL and 3rd best in the AFC. Both their losses have been on the road and close, only a few plays or a drive away from being victories. And they're taking care of business in the division and at home. They're 2 games ahead in the AFC East and 4-0 at home.

These wins don't win beauty pageants. But they are fun, they are exciting, they make for interesting conversations. And this winter do you want a team that needs makeup to look good and can only win one way? Or would you rather a team that can find different ways to win? 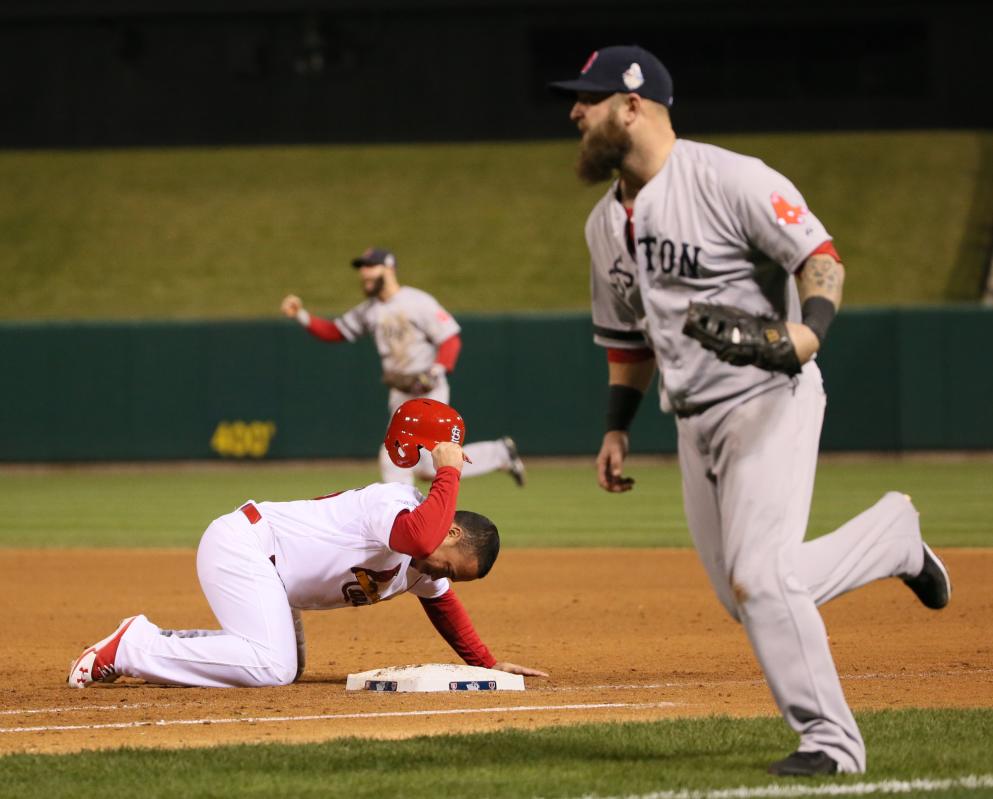 The 2013 Red Sox find a way to to support each other. When one player struggles or makes a mistake, the others make up for their teammate's failures. John Lackey, normally a starter, pitched a scoreless 8th inning, bridging the gap between Junichi Tazwawa and Koji Uehara when Craig Breslow couldn't get an out. That's how the Sox have done it all season. Even when your starter is hurt and only manages to pitch 4 innings, a guy like Felix Doubront enters the game and pitches 2.2 innings of quality relief. He was charged with a run, but that was Breslow's fault.

While some members of the Red Sox picked up their teammates, others stepped up and made the big plays that decided the game. None more than David Ortiz and Jonny Gomes Sunday night.

Ortiz is red hot in the World Series. He's 8 for 11 with 2 homeruns and a double. That double came Sunday night, leading off the 5th. After Ortiz reached second base, he looked into the Red Sox dugout and screamed words of encouragement to his teammates in English and Spanish. ¡Vámonos! He eventually scored on a Stephen Drew sac-fly.

Before the 6th inning Ortiz gave a motivational speech to his teammates in the dugout. And then Jonny Gomes hit the 3-run homerun that pushed the Sox to victory. How much did the pep-talk affect Gomes? There's no way to accurately measure that. Although in the postgame press conference Sunday night, Gomes beamed as he talked about Ortiz and his leadership.

Jonny Gomes hasn't gotten a lot of hits this year. But the hits he gets mean a lot.

In 2013 David Ortiz has taken on more of a leadership role. He isn't just everyone's friend in the clubhouse. He's expecting more from his teammates and pushing them to push themselves. After the game he spoke about what he told his teammates before the 6th:

"Let's loosen up... What got us to this level is doing what we normally do. If you run, run. If you play defense, play defense. If you hit, hit. If you pitch, you pitch. That's all it takes to win games. And it clicked."

I'm not looking forward to Craig Breslow's next appearance. He's looked dreadful in this series. Without him the bullpen gets stretched very thin. That means the starters must go deeper into games.

Hopefully that's exactly what Jon Lester does Monday night. He faces Adam Wainwright in a rematch of Game 1.