The Good, the Bad, and the Ugly from the Patriots Preseason Opener 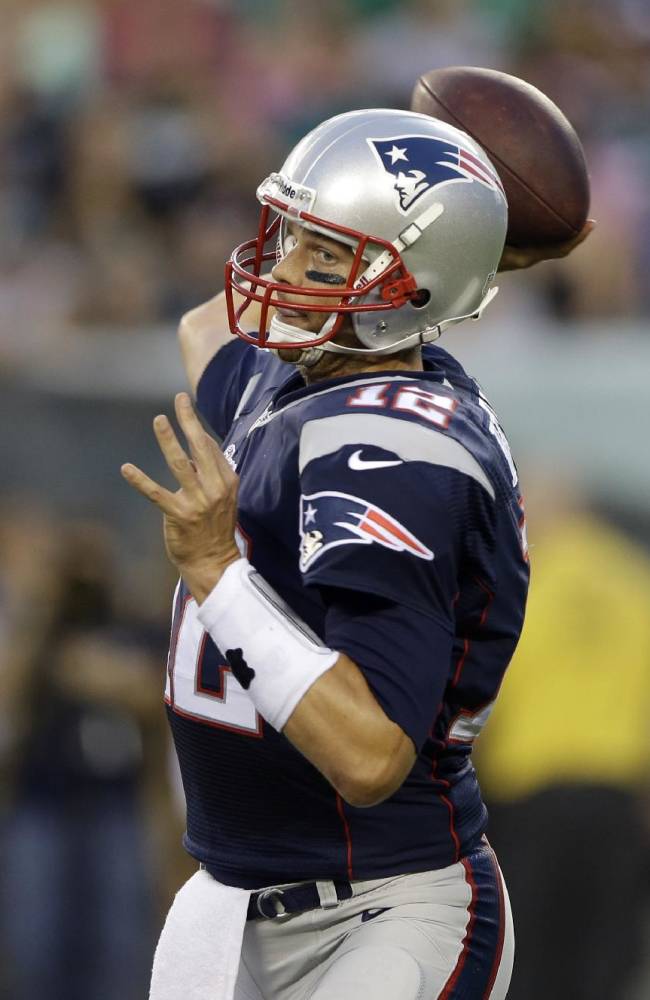 I'd like to extend a personal thanks to Italian filmmaker Sergio Leone for coming up with the title The Good, the Bad, and the Ugly for his 1966 Western starring Clint Eastwood and Eli Wallach. He has provided titles to sports stories (along with a format to break down games) for nearly 50 years. Molte grazie, Mr. Leone.

The Good:
The Patriots ran all over the Eagles. While LeGarrette Blount stole the show with 101 yards and 2 touchdowns, Steven Ridley's performance was more important for us to see. Ridley ended the 2012 season with a chilling concussion...

Before Gronk's surgeries, Welker's departure, and Hernandez's arrest, the status of Ridley's brain was a big off-season worry for the Pats.

Ridley ran the ball 8 times for 92 yards, most of that achieved in a 62-yard run on the first play from scrimmage. It was good to see Ridley running with confidence and running effectively.

This team will need to have a reliable running game. Not just consistent positive yardage and to keep defenses honest, but the ability to drive down field on the ground and occasionally run for 20+ yards. And having faith to run the ball on 3-4 yard short yardage situations. The Pats don't have a go-to receiver right now on those 3rd and 3 plays. They have to be able to convert some of those on the ground.

The new Patriots receivers also looked good when Brady was in the game. After an incomplete on his first pass, Brady threw 7 consecutive completions. Kenbrell Thompkins caught 4 of those passes, all shorter than 8 yards. Amendola caught a 6-yard pass, Aaron Dobson a 23 yarder. Shane Vereen's 13-yard TD catch was impressive. With a lack of quality WRs as well as no more Danny Woodhead, guys like Vereen will need to be a threat to catch passes.

The Bad:
The secondary didn't look good when starters were in. However, Devin McCourty and Alfonzo Dennard did not play. That emphasizes how important they are to the secondary, and it also emphasizes how much of a drop off there is from the top 2 cornerbacks on this team and everyone else. Kyle Arrington can tread water as a #3 CB, but as a #1 or #2 he drowns. It's like taking a kid who can't swim from the shallow end of the pool to the deep end.

The Ugly:
Tim Tebow is not a quarterback on this team. He is a horrible thrower. He is woefully inaccurate. He takes too long to make a decision, and those decisions aren't good. His delivery is even slower than his progression. He can run (4 carries for 31 yards), but he is not a passer.

I do think Tebow will make this team, but be used as an element in trick plays, gimmick formations, and as a short yardage runningback. Then again, if Blount continues to do well, do you need another big runningback like Tebow taking up a roster spot?

So what we learned Friday night we kind of knew already: Brady is great. Ridley can run the ball. The secondary lacks depth. Tim Tebow can't throw.