Hibernation is a Mistake for the Bruins 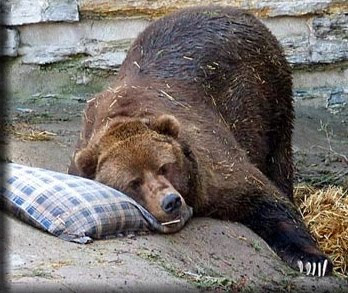 The Patriots made the Super Bowl, then spent the off-season accumulating wide-receviers and drafted talented defensive players. The Celtics made the Eastern Conference finals and have added scoring from their bench and a pair of big men in the Draft.

What have the Bruins done after being eliminated in the First Round of the Stanley Cup Playoffs? Re-signed their 4th liners. And that's about it.

It seems as though the B's think that since they won the Cup in 2011, they must already have a model for winning in place. Most of the current Bruins were on that Cup winning team, so it follows that the Bruins already have a Cup winning contender. They just need a few tweaks and slight improvements.

The problem with that theory is that there were two hugely significant reasons the Bruins won the Cup, and they no longer apply:

The Bruins won the Cup because they got insanely good goaltending. It's unfair and unreasonable to expect Tuukka Rask to duplicate Thomas' performance. Even Thomas couldn't duplicate them.

#2: The Bruins Had Favorable Matchups in 2011
The second reason the Bruins won the Cup in 2011 is that they faced opponents they matched up well against. They could physically dominate Montreal, Tampa Bay, and Vancouver. And they could take advantage of Philadelphia's shaky goaltending, which was so poor that the Flyers signed Ilya Bryzgalov to a 9 year deal the next season.

The B's were able to push the Canadiens, Lightning, and Canucks around. Furthermore, the Lightning and Canucks got most of their production from the top line and from their Power Play. Chara, Seidenberg, and the Bergeron line were able to limit Stamkos and then the Sedins.

In 2011, the Bruins took advantage of a great opportunity. They had the best goaltending in the League, and were facing teams that they could physically dominate.

Such opportunities are rare. Obviously Thomas is no longer with the team, and as good as Rask is, he hasn't shown the potential to be as insanely good as Thomas was in 2011. And what are the odds of encountering three teams that can be shoved into submission and a fourth that has Michael Leighton and Brian Boucher splitting time in net?

So in order for the Bruins' model to work, they need Rask to play nearly perfectly in net, and to play teams that cannot physically withstand them. The Bruins will be sunk if Rask plays like a human and/or the Bruins play teams like the Rangers, Flyers, Penguins, Devils, or Capitals in the playoffs.

So I don't like how inactive the Bruins have been. They seem to think that they have the winning formula and are a few small pieces away from winning the Cup again. But their winning was based on Tim Thomas playing brilliantly, and on all the stars aligning to give them an opportunity to win the Cup.

This team needs better top-line forwards. Lucic is a bruiser that seems to skate at 80% speed 80% of the time, has limited skills, and is horrible on defense. Krejci is a "play-making distributor" which means he can't shoot.

I don't know if Rick Nash is the solution. I do know that the Bruins are more than a few minor adjustments away from being Cup contenders. They need more than a "puck-moving defenseman," to improve their Power Play. They need talented forwards. Forwards who are multi-dimensional. Forwards who can score.

The Bruins seem to be operating under faulty logic. The biggest reasons they won the Cup are taking a year off in Colorado (Thomas), are retired (Mark Recchi), or are beyond their control (their matchups with non-physical opponents).

Most of these current Bruins players may have won in 2011, but they also lost in the opening round in 2012. Some more work can be done to improve them.
Posted by rob at 11:00 AM No comments: 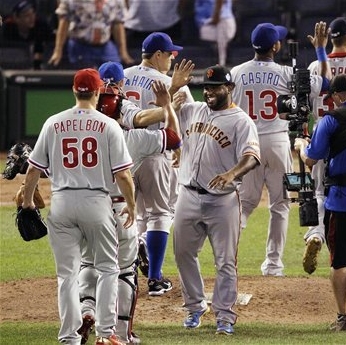 I didn't watch much of this game. I'm a Red Sox fan. I watch plenty of meaningless baseball that's not being taken completely seriously by the players.

David Ortiz was 1 for 2 with a single. And that was the AL's problem. All 6 of their hits were singles.

Verlander was taken advantage of for 5 runs in the 1st. And the game was over after that. If you continued to watch, I'm sorry that you haven't yet found anything more interesting in your life to do.

Although to be fair, the MLB All-Star Game is the best among the 4 major sports. The NHL All-Star Game and NFL Pro Bowl lack the physicality that are the foundations of those two sports. And the NBA All-Star Game doesn't feature defense until the 4th quarter.

Maybe it's something about the game of baseball, that allows it to be played lackadaisically, yet still be played in a normal way. It doesn't require 100% effort to be played. Just ask the 2011 Red Sox.

So the NL will have homefield advantage in the World Series. And that probably doesn't mean much for Sox fans.