Patriots trade Logan Mankins to piss everyone off 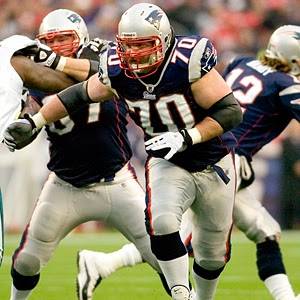 Maybe Bill Belichick and the Patriots decided to make this move because all the excitement and optimism from the fans and media about the 2014 season was making the Pats players too cocky. It's a diabolical plan to fight overconfidence. Trade an All-Pro offensive lineman to Tampa Bay for a tight-end that was falling down the Buccaneers' depth chart. And make that a tight-end from Rutgers, so sports radio pundits have something simple they can repeatedly be sarcastic about. Change the noise surrounding the team from Super Bowl predictions, to spoiled fans whining and moaning.

This is an ingenious scheme to make the fans and media worry about the offensive line, which will in turn cause the players to remain humble and hungry.

Or it's an example of how improving at one position costs you at others.

Tim Wright caught 54 passes for 571 yards and 5 TDs last year. And that was with Mike Glennon throwing passes to him. He's listed as a tight-end, but he's a WR/TE hybrid. He's 6' 4" but only 220 pounds and isn't much of a blocker. He played receiver in college.

The Patriots have better pass catchers today than they had yesterday. They also have more cap space (Wright's cap hit is just under $500,000, and they save about $4 million by trading Mankins) to sign a replacement guard or improve at other positions.

Patriots fans and critics have been pining for better receivers. Did they think such improvement would be without a price?

The Pats have given Brady a weapon, but taken away a shield. We'll see if they go out and sign another offensive lineman as other teams trim their rosters. We'll see if the linemen the Patriots already have on their roster can be adequate at their position and fill in for Mankins.

Whether you like this deal, love it, hate it, or are not sure about it, you have to admit that it's bold. You trade an All-Pro offensive lineman for a second year tight-end. You improve at one position, get worse at another.