With the death of Johnny Pesky, and the off-field drama surrounding the Red Sox, we all forgot about Daniel Bard. He's still toiling in AAA, still trying to figure out how to pitch again.

It's not going well. On Tuesday he had an atrocious outing. He faced 5 batters, and walked 4 of them. He threw 27 pitches, only 10 were strikes. He walked the last 2 batters he faced on 8 straight pitches.

August has been bad for Bard. In 4.2 innings this month, he's walked 10 and allowed 8 earned runs. He had shown signs of improvement in July, but now is back to struggling just to throw strikes.

It's time to shut him down. His issues won't be solved on the mound in 2012. Maybe send him to Florida to pitch simulated games. Maybe give him a few months off and let him play winter ball in Mexico. Let him get away from this problem and just be Daniel Bard. Not Daniel Bard: struggling pitcher.

His career might not be over, but his 2012 season should be.

And want to get pissed off? Bard and Josh Beckett are tied with the same number of wins this season. 5 wins.
Posted by rob at 12:00 PM No comments: 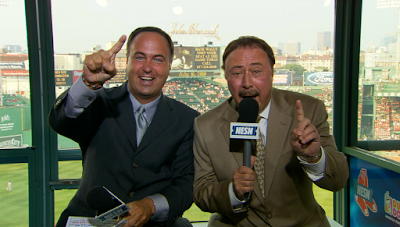 I was listening to WEEI's broadcast of the game last night. Dave O'Brien and Joe Castiglione couldn't figure out why the July 26th meeting of players and Ownership was a big story. The two repeated the "nothing to see here" statements John Henry and Dustin Pedroia gave about the meeting: that such meetings are held throughout the season, and that nobody was lobbying for Valentine to be fired. O'Brien then remarked that "several facts" from Jeff Passan's article were "in dispute."

I switched to NESN. The Red Sox own most of NESN, by the way. Don Orsillo and Jerry Remy expressed a similarly dismissive attitudes toward the story. "I'm past it" Remy remarked. Neither felt that the story was noteworthy. And both agreed that the Red Sox' problems are all on the field, and that the buzz around this meeting was just noise about nothing.

These are the voices of the Red Sox Propaganda Machine. These are the dupes, the suckers, the inner circle of Boston Sports Media that is under the influence of John Henry and Larry Lucchino. These are the yes-men, the suck-ups, the naive, the blind, the fools.

Listening to them, I was reminded of Iraqi Information Minister Mohammed Said al-Sahhaf, a.k.a. Baghdad Bob.

Team meetings do happen. And these kinds of meetings between Ownership and players don't seem to be a new thing for the Sox. But here is why this most recent meeting is a significant story:

1. What caused the meeting to be held
A text message from Adrian Gonzalez complaining about Bobby Valentine leaving Jon Lester in a game too long. That's apparently what provoked this meeting. Why are players texting Owners about gameday decisions at all? And why are Owners responding to them by giving them a forum to bitch and moan?

2. The divisive nature of the meetings
The Owners met with players, then met with coaches, then met with Valentine. All separate meetings. Why? Player-only meetings are commonplace, but don't typically involve Owners. And why isolate Valentine so much that even his assistant coaches have a different meeting?

How does dividing the team foster unity? And how does letting players go over their manager (and General Manager, let's not forget that the relative lack of Cherington in this story is interesting in and of itself), support the leadership hierarchy of the organization? The players ignored the chain-of-command, went over Valentine's head, to the side of Cherington's, and right into Larry Lucchino's text message inbox.

3. The leaks about the meeting
If this truly were a normal meeting, then why did Passan get leaked information about it? Why did he get multiple sources telling him about problems in the clubhouse and a tense meeting in which players ripped Bobby Valentine?

Maybe Passan was given faulty information. But that'd be a story too. If players and coaches are feeding lies to the media, then that implies the same thing that the original story about the meeting implies:

That something stinks with this team.

That's the story here. Something is rotten and it's stinks to high heaven.
Posted by rob at 11:00 AM No comments:

Sox Have More Woes with O's 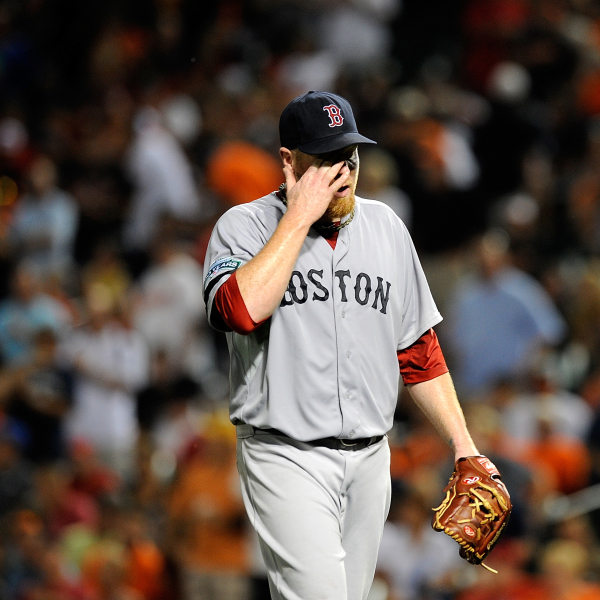 I'll never forget that it was in Baltimore that the 2011 Red Sox ended their season. And even though it's mid-August, the Sox seem to be trying to end their 2012 campaign in Charm City as well. This season the Sox are now 3-8 against the O's, who seem to have hired the right ESPN analyst to manage their team.

Aaron Cook had a weird start. He cruised at the outset, retiring the first 9 Orioles he faced, not allowing a hit until the 6th. But it was in the 6th that it all unraveled. He was inducing groundballs in the first 5 innings, then the Orioles figured out how to get under the ball and lift it into the air.

The Red Sox lineup threatened, but never struck a knockout blow. Even the 2 runs in the 5th could have been more with the heart of the order up and runners on.

Then Adrian "text message" Gonzalez got ejected in the 8th. He seemed to be upset that Oriole reliever Pedro Strop pitched to him very quickly after Gonzalez had just stepped into the box. Gonzalez appeared to say "I wasn't ready," and home-plat umpire Mike Everitt effectively said "That's not my problem."

Moments later, Gonzalez continued to argue from the dugout and Everitt tossed him. Bobby Valentine then came out to argue, and was soon ejected.

I wonder how many texts John Henry and Larry Lucchino got from Gonzalez, begging them to hold a meeting with the umpiring crew.

It's a team of whiners. They're spoiled children that throw temper tantrums.

And now they're 7 behind the Rays and 8 behind the Orioles in the loss column. They're in danger of being ejected from the Wild Card race.

Clay Buchholz pitches tonight against Chris Tillman. The tall 24 year old righty has been solid most of the season, with a few ugly starts mixed in. However, the Sox have a good history against him. Carl Crawford is 7 for 14 off Tillman, with a double and 2 triples. Hopefully Buchholz pitches well, the Sox get 4+ runs off Tillman, and they can salvage a win.

Photo Credit:
Patrick McDermott/Getty Images
Posted by rob at 10:00 AM No comments: