It's the time of year for giving, and that's what the Minnesota Vikings did for the New England Patriots on Sunday. Minnesota's 23-6 thumping of the Houston Texans made it so if the Patriots win next week, they can secure a first-round bye if Houston loses or if Denver loses. Essentially, the Vikings more than doubled the chances of the Patriots receiving a bye, considering the Texans face the Colts, while the Broncos face the Chiefs. Houston is more likely to fall to Indy than the Broncos are to fall to KC.

This isn't the first time that Minnesota has given Boston a tremendous sports gift. Old friend Kevin McHale shipped Kevin Garnett to the Celtics as an early Christmas present in 2007. That worked out pretty well.

The Twins released David Ortiz just before Christmas 2002, and he was signed by the Red Sox the following January. Ortiz has hit 343 homeruns and knocked in 1,088 RBI for the Sox since then.

It's nice that there's such generosity between Minnesota and Massachusetts. It wasn't always so heartfelt and nice.

Merry Christmas, Minnesota. And thank you.
Posted by rob at 12:00 PM No comments: 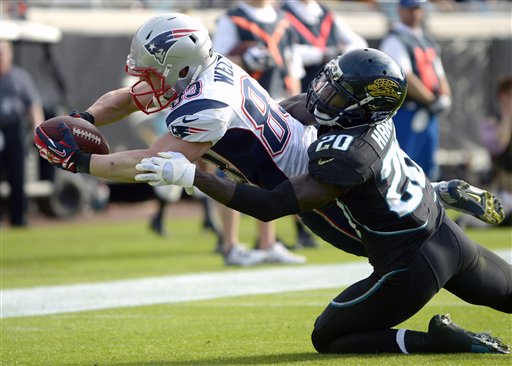 The Patriots played poorly. There's no getting around that. This was a hangover game. Last Sunday was a long, tough game. And it's hard to bring the energy down to Jacksonville after two nationally televised games against elite opponents. I'm not worried about the problems the Patriots had in this game reappearing in the playoffs.

I am actually pleased, in some ways. All year I've heard sports-radio callers and some pundits complaining that this team's defense hasn't won a game without the support of the offense. People have been clamoring for games to end with a Patriots defensive stop. They finally got it.

The D stopped the Jaguars near the goal line at the end of the game. Granted, the Jags have an abysmal offense. But stops are stops. The defense finally won a game.

The Patriots host the Dolphins next week and a first-round bye is still possible. If the Pats win, and either the Broncos or Texans lose, then the Pats will receive a bye.