Last weekend my picks went 6-1, buoying my season record (against the spread) to 16-10-2. There are a few titanic clashes this Saturday, but there are also many seemingly smaller games that will have major implications within conferences. This week, I got my odds from Doc's Sports Services. All these games are on Saturday.

12:00 PM - ESPN
#7 Michigan State Spartans @ Northwestern Wildcats
This just feels like one of those crazy games. There's no logical reasoning for it, but I feel as though MSU has absolutely no shot to win this game. Northwestern +5.5.

3:30 PM - CBS
#6 LSU Tigers @ #4 Auburn Tigers
Biggest game of the day as two 7-0 SEC West contenders meet. I'm going with LSU +6, but mainly because I think it will be a close game. Also, Auburn's going to get unlucky, and one of these near-losses will become a loss. 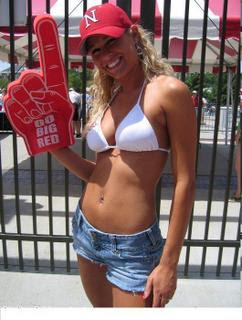 3:30 PM - ABC/ESPN
#13 Wisconsin Badgers @ #15 Iowa Hawkeyes
The hangover of a big win has been well-documented the last two seasons. That, and the game being in Iowa, is why I'm taking the Hawkeyes -5.5 I'd prefer a spread below 4, and in real life I might avoid this one. But less than a TD is enough for me.

3:30 PM - ESPNU
UConn Huskies @ Louisville Cardinals
I'm taking UConn +1 here. I might be the last person in the country that still thinks they're a decent team. But Louisville is utter garbage.

7:30 PM - ESPN2
UNC Tar Heels @ Miami Hurricanes
The U has been very inconsistent this year. You can classify them as a disappointment, but also as a pleasant surprise. They're still very much in contention to win their Division. They should handle the controversy-plagued Heels. Miami -6.5 8:00 PM - ABC
#1 Oklahoma Sooners @ #11 Missouri Tigers
I'm not entirely confident. #1 teams seem to be cursed. Mizzou is good. OU hasn't impressed me that much. And the game is in Columbia. That being said, I'll take the #1 team in the country -3 pretty much every time. 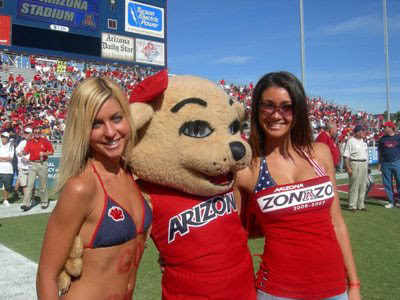