I used to love NASCAR. Then I sort of liked it. Now I can only enjoy it in very small doses. It's gotten boring, even for a fan of car racing. They used to be 3 hours long, now they're 5 hours. They used to be decided on the track, now they're won and lost in the pits. Super aggressive guys like Dale Earnhardt used to win titles, now it's bland, "consistent" drivers like Jimmie Johnson that dominate. The tracks used to be tight, half mile short-tracks. Now they're extra wide 2 mile cruise control courses.

Anyway, I'll still watch maybe 8 races this year. Probably not start to finish. I'll probably DVR them, then fast-forward through the endless cautions, maybe fast forward to make the cars go 400 miles per hour. I'll watch more Formula 1, which has much less passing, but the cars are cooler, the courses more exciting, the races shorter. 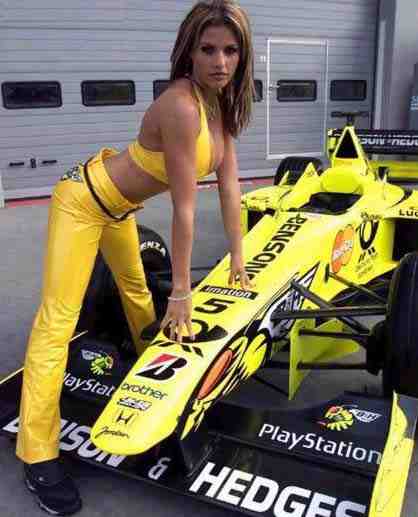 But if you have nothing to do Sunday, I do suggest watching a lap or two of the Daytona 500. In small doses, it can be interesting. Beer helps. Daytona is a high-speed traffic jam, there's always close racing somewhere. And at the very least, it gets people who say "they just go in circles," to realize how hard it is to be that good at driving. Even if they still find watching it to be dull.

I want to pick Dale Earnhardt Jr. to win this one. He's got a fast car. Unfortunately, he always finds a way to lose. I'm going to go with Regan Smith, who I know next to nothing about, have barely heard of, but who had a fast car in the qualifying races yesterday. And the Championship will be won by Kyle Busch. 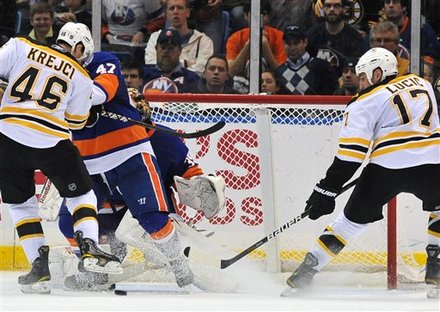 The Islanders have a handful of quality forwards, and some delicious ice girls. 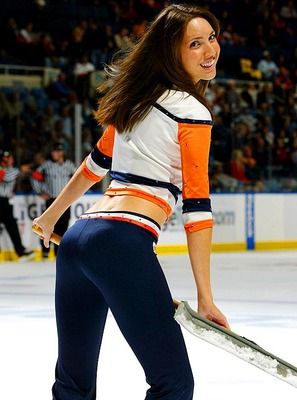 What can you say about a 6-3 win over a team this bad? I'm not impressed. I hardly care. I'm glad Rask didn't completely blow the 5-1 lead he was given, allowing Thomas a proper night off. Where are all those Tuukka Time twits now?

Seguin had a nice game. He skated with determination and gusto. He was rewarded with a goal. With the great Chris Kelly in the mix now, Seguin will be competing for ice time. Instead of say, learning how to play pro hockey in Providence and getting 20 minutes a night. Seguin did have a nice statement game for himself last night, at least.

Every game, Nathan Horton reminds me more and more of Glen Murray in his final days. Crafty enough to find space for himself, good enough to be in the right place at the right time. Then missing every shot. He's not even getting pucks on goal. When will it be scratch time for him?

The B's play another struggling team in Ottawa tonight.