These games will be played in Worcester, and feature a pair of Hockey East teams. The last two NCAA Champions are in this region (Minnesota-Duluth and BC). So even though the matchups aren't very tantalizing, there are some interesting storylines.

This really is a 1 seed against a 16 seed. Air Force secured an automatic bid by winning the AHA tournament. The Falcons are accustomed to traveling (most of the AHA is in the northeast), and accustomed to losing on the road. They were 8-7-4 on the road, including 2 losses to Holy Cross in Worcester. BC hasn't lost a game since January 21st. I'll take the Eagles in a laugher 6-1.

Saturday 7:30pm - ESPNU
#2 Minnesota-Duluth Bulldogs vs. #3 Maine Black Bears
It's always good to see the Black Bears in the NCAA tournament. Maine made a deep run in the Hockey East tournament to get here. In fact, Maine has been good at winning big games. They won at Fenway Park, beat BC twice, and BU three times. Unfortunately for them, UMD is exceptionally good. They finished 2nd in the WCHA, and they're used to playing in big games far from home. Minnesota-Duluth wins 4-3.

That would give us a regional final of BC and Minnesota-Duluth. It's impossible for me to pick against BC at this point. 15 straight wins, a hot goalie, and a solid power play. BC has all the ingredients for another title run.

And they are my pick to win it all. BC will be your 2012 National Champions.

The West Region begins play in St. Paul, Minnesota on Saturday. This looks to be the toughest region in the 16 team tournament. North Dakota, Minnesota, and BU have combined for 17 NCAA titles. And Western Michigan are no slouches. They were 2nd in the CCHA regular season, and gave the Michigan Wolverines a good fight in the CCHA title game. North Dakota didn't have an impressive regular season. They struggled to beat good teams, even at home, where they have one of the best home ice advantages in the country. Then they exploded in the WCHA tournament. Western Michigan did well in the CCHA tournament, so these teams can both play elimination hockey. I have a gut feeling WMU pulls off the upset, but my brain is reminding me that St. Paul is North Dakota's second home, they play very well there, so I think North Dakota wins a close one, 4-3. 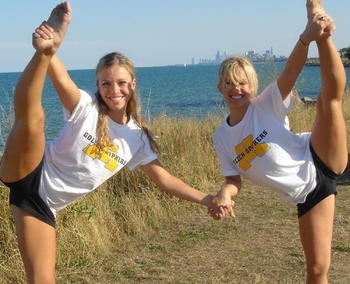 Minnesota won 20 games in the WCHA. No small achievement. BU's season was a roller coaster on the ice and off it. They've shown some character in their victories, and an ability to unravel in their losses. You really don't know which BU team will show up. It's very tough to pick against Minnesota in Minnesota. Golden Gophers win 3-1.

That would give an all WCHA Regional Final of North Dakota vs. Minnesota. These rivals have already met 5 times. Minnesota won 3 of those games. For that reason, I think they'll win their fourth and advance to Tampa Bay.

Despite acquiring half the veteran receivers in the NFL, the Patriots decided to keep Deion Branch for another year, signing him to a one year extension. I imagine the deal was probably for a relatively small amount of money.

It makes sense to keep him on the roster. There are question marks still swirling around each of the WRs the Pats picked up. Branch caught 51 passes for 702 yards last year. And even if all the new guys work out, Branch will see the field. He and Brady click so easily, and Branch is a fantastic possession receiver.
Posted by rob at 10:00 AM No comments: