Patriots finally have a playmaking, game-changing defense, and everyone is obsessed with the offense 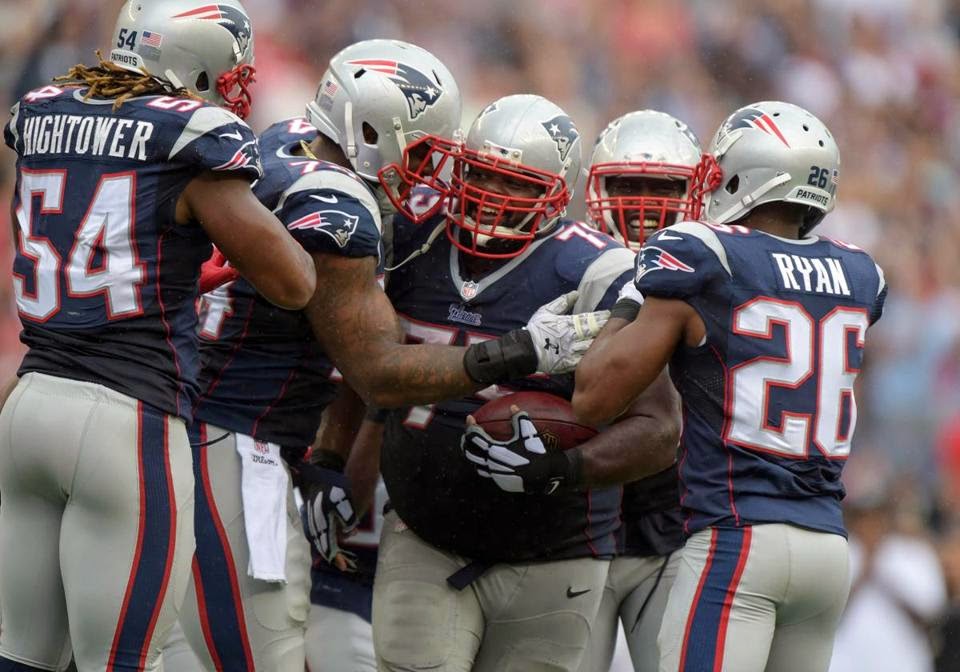 If you were a Patriots fan that had been living in a cave for the last 9 months, and emerged from your cave today and turned on sports radio, you'd probably panic. From the way people are bemoaning the offense, and remembering how shaky the defense has been for several years, you'd probably presume that the Pats were 0-3.

However, the defense is finally making plays and winning games. Yet the people that have been very vocally pining for such a playmaking defense, are now the ones ignoring how well they've played.

The Patriots didn't allow a touchdown Sunday. They held Oakland to 241 yards of offense, only 174 in the air and 67 on the ground. The Raiders only converted 5 of 13 3rd downs. They were 0 for 2 in the red zone. When the defense committed penalties, they weren't horrible for the situation, such as interfering with a receiver who was probably about to catch a touchdown.

Chandler Jones tipped two passes at the line of scrimmage. Logan Ryan, Kyle Arrington, and Patrick Chung all got their hands on the ball. Vince Wilfork's interception was the result of a fortuitous bounce, but when a defense gets their hands on the ball as often as the Pats did on Sunday, turnovers are bound to happen.

And even though Darrelle Revis didn't have a great game, his presence allows guys like Ryan and Arrington to be in better matchups. Revis often assumes the tougher assignments, allowing Arrington and Ryan to make plays against lower level receivers. Which is similar to what Vince Wilfork has done on the d-line, assuming tough blocks, giving other guys a chance to make plays. Ironically, Revis had a Wilfork-like game, and with the game-ending pick, Wilfork had a Revis-like game.

26.7. That was Oakland's average yards per drive. Three 3 and outs, 2 of them in the 4th quarter. The defense was great.

I'm focusing on the defense because it's been so long since we've seen a game-winning defense in New England. With the growth of Chandler Jones, the return of steady players like Wilfork and Mayo, and the relative depth in the backfield, this defense has potential to be one of the best in the NFL.

Of course, the offense was awful. The line allowed Brady to get hit too often. Brady missed throws too often. The running game got stuffed too often. Stupid penalties were committed too often, frequently at the worst possible time, such as a false start on 3rd and 10. The offense relied too heavily on Gronkowski in the red zone and on Edelman between the 20s.