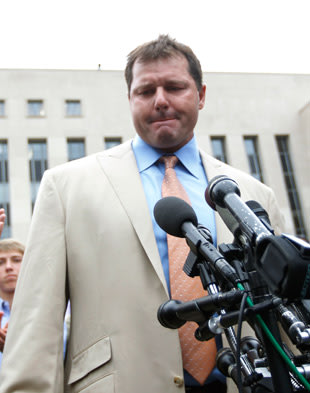 It would have been hilarious for Roger Clemens to go to jail. He did lie to Congress when he denied using PEDs. And that's inexcusable. As much as I disagree with Congress poking their noses into sports, that doesn't give Clemens the right to lie to them.

Clemens is a scumbag. And a fraud. That's his punishment for taking PEDs, and it's well deserved.

His rebirth in Toronto was due to his violating the rules. All the adulation, all the ESPN ball-washing he got from 1997 to 2007 was ill-gotten. He's paying for that now as his reputation is tarnished, his Cy Youngs are tainted, and his Hall of Fame credentials are questionable.

Dan Duquette famously said Clemens was in "the twilight of his career."

He signed with the Blue Jays in 1996. He seemed motivated to make Duquette eat his words. We all thought that Clemens' much improved physical shape was a result of this motivation. Little did we know.

Clemens won the Cy Young twice in Toronto. He was traded to the Yankees. He won the World Series there in '99 and 2000. Then he won another Cy Young in 2001. He was 38 years old, and was in much better shape than he was at 28. We all thought it was due to his extreme training regimen.

He had another career rebirth in Houston. He won his 7th Cy Young with the Astros. He was 41. He pitched until he was 44.

Steroids and PEDs do more than just help players build raw muscle-mass. They help the body recover from injury. Which allows an athlete to train harder and spend less time recovering.

In some ways, steroids can help a pitcher more than a hitter. Throwing 100 pitches is a form of injury. And it typically takes 4 days to recover from it. A pitcher on steroids will be able to recover more quickly and more strongly than normal. Especially an older pitcher.

Steroids make exercise easy. I once had to take them for my eyes, and found myself on an exercise bike for 90 minutes at a time, close to 20 miles. And I wouldn't even feel tired. I'd have to tell myself to stop. It was a breeze.

I can't even imagine the effect of steroids and PEDs specifically designed to enhance athletic training.

It's probably a good thing Clemens didn't wind up in jail over this. As much as I dislike the bastard, I never wanted him in prison for cheating, even for lying about cheating. Maybe for having an affair with a 15 year old country music singer, but not for this.

A Great Chance for the Sox to Win 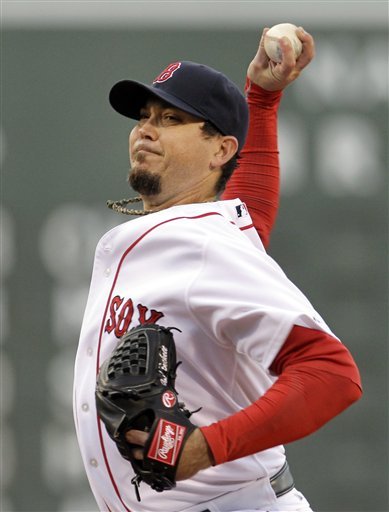 There are 96 games left on the schedule. And if the Red Sox want to play more than 96 games, they need to win now.

Yes I know they they're enduring more than their share of injuries. They're missing an MVP candidate in the outfield, a starting pitcher who is capable of brilliance, a closer, more outfielders than there are outfield spots, and so on.

There's also been reports of strife and division within the clubhouse. There are coaches who weren't appointed by the manager, a manager who wasn't appointed by the GM, owners who use the media to manipulate popular opinion. There are trade rumors, there is fracturing between pitchers and hitters, between Francona supporters and those loyal to Bobby V.

And there are excuses. Umpires, the wind, the schedule.

The excuses and explanations must stop. This is a time for them to stop whining and start winning.

They can and should win most of these games.

With Beckett out of the rotation, Lester and Buchholz need to pitch well every start. Buchholz has been doing that lately. Lester's been good but he needs to be great. The Sox need these two guys to be at their best.

Matsuzaka needs to continue what he did after the 2nd inning on Friday. And Doubront needs to be as solid as he's been.

Offensively, the stars of the lineup need to play like stars. I keep getting emails from the Red Sox urging their fans to vote for Pedroia to be in the All-Star Game. He's hitting .160 in June. The whole "relax" attitude he has shown is cute and funny, but he needs to hit. Now.

And Adrian Gonzalez is hitting .232 in June. He only has 5 extra-base hits.

After this stretch, the schedule gets tough. They face the Yankees, Rays, and White Sox. If they don't take advantage of the lesser opponents they have now, they might be out of the playoff race this time next month.
Posted by rob at 10:00 AM No comments: