The Bruins are interviewing for their own jobs

Here's a brain buster. In 2 words or less, tell me what the Boston Bruins need. By the way, the answer isn't "Tyler Seguin." Because 100% of the teams currently in the NHL playoff picture lack Tyler Seguin, and 100% of the teams that have Tyler Seguin are outside of the playoffs. What the Bruins need are efficiency experts. Like the efficiency experts in Office Space, who made all the Initech employees interview for their own jobs. The Bruins, from the front office to the coaching staff, from the top line to the healthy scratches, need to answer the question "What would you say you do here?" 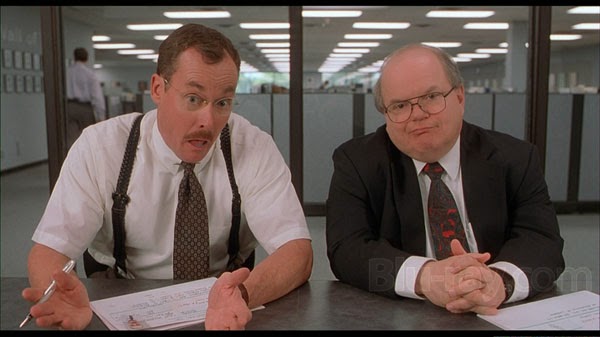 The Bruins have 9 games to prove that they deserve their jobs. And even after those 9 games, the B's might only postpone their being fired. Making the playoffs isn't enough evidence to keep this team intact. If this team doesn't make the playoffs, or if they're once again outclassed and overmatched in the playoffs, heads will roll.

So what would those efficiency experts ask Peter Chiarelli?

Why did you trade Johnny Boychuk? Why were you in so much cap trouble that you needed to trade Johnny Boychuk? Why didn't you hold out for more in return for Seguin? Why do you consistently fail to acquire targeted players at the deadline? Why did you let Shawn Thornton go without replacing him with another enforcer or anyone who could fight? What do Reilly Smith and Loui Eriksson add to the team's overall toughness? Why does Chris Kelly have a $3 million cap number? Why can't you afford a legitimate backup goalie?

The Bruins mismanaged the cap for years. And very few of us (myself included) noticed it. In fact, most of us praised them for locking up their talent long-term. But what they were really doing was slowly signing themselves into a corner.

The B's haven't just spent unwisely, their philosophy of what it takes to build a winning team is outdated. They're still trying to win the 2011 Stanley Cup, even though it's 2015. The players have changed, the game has changed, the competition has changed. Tuukka Rask isn't as good of a goalie as Tim Thomas was in the 2011 playoffs. Few goalies are ever that good. Zdeno Chara and Dennis Seidenberg are 4 years older. And Mark Recchi is working for the Penguins. Everything has changed except the Bruins' approach. And that strategic stubbornness stems from the front office and extends to the man behind the bench.

To Claude Julien's interview with the efficiency experts...

Do the players listen to you? Do they do what you tell them to? Do you trust them? Why is Milan Lucic on cruise control 90% of the time? Why do the defensemen make so many mistakes? Why so many turnovers? Why does Bergeron shoot 7th in the shootout one night, then 1st another night?

Now to the roster interviews...

Tuukka, why do you let in soft goals in big games?

Brad, does your antagonizing act still work, or does it just give opponents extra power plays? Why are you still acting like every team is as easily annoyed as the 2011 Vancouver Canucks? And why only 17 assists?

Milan, where's the fight? Where are the goals? Do you even have an identity anymore? Do you want to make an impact anymore? Why do you skate like Frankenstein's monster on valium?

Zdeno and Dennis, have you considered Florida for retirement? Lovely weather, no snow, and they have a hockey team with some fight. And they have Disney World down there. Better rides than Canobie Lake, Zdeno. 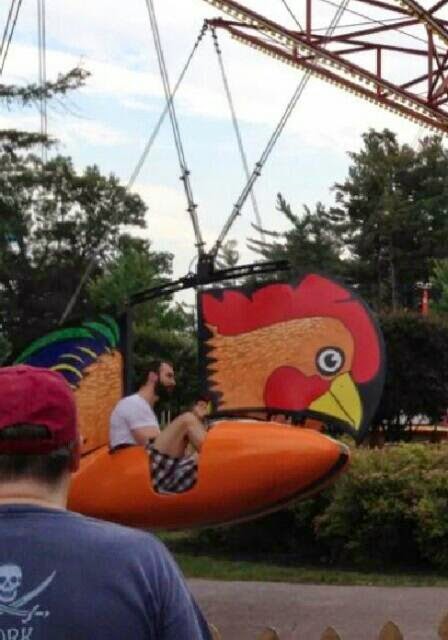 Torey and Dougie, how does it feel to be 2 of the best forwards on this team?

Adam, you're the third best defenseman on the roster. Isn't that scary?
Mr. Paille, why is it that when I see you have 6 goals, I'm shocked you have so many? Also, you're a defensive player, yet you're -9. Why? If you don't score, and you don't prevent goals, why are you here? Can't the scoring people score on their own? And can't the goal preventers prevent goals on their own?

Loui, why does Carl Soderberg need to be handcuffed to you for you to succeed? Does he go to the bathroom with you too? What about when you're in bed with your wife? Does he do work for you there too, Tyler Seguin style?

Carl, how many more goals would you and the team have if you didn't have to babysit Loui Eriksson?

Mr. Pastrnak, what does it feel like knowing that if you didn't miraculously show up mid-season, this team would be royally screwed? And what's it like being so young, yet so much more skilled than most of your teammates?

Chris, what's it like getting paid $500,000 per goal? Did you know at that rate, Alex Ovechkin would be making $23.5 million this year? Chris, what do you do here that couldn't be replaced by a 3rd or 4th line grinder who costs less than $1 million against the cap? What is it you'd say you do here?