It didn't take very long now, did it? Nomar was put on the 15 Day DL with a strained muscle on his right side. The oft injured Garciaparra has not played a full season of baseball since 2003. In 2004, we all remember the controversy surrounding his injury and recovery. That year, he only played 81 games. Last season for the Cubbies, Nomar played 62 games. Apparently, Garciaparra strained his muscle in an at-bat over the weekend in an exhibition game against the Angels of Anaheim. He claims that he'll be ready to return in 2 weeks, but we've heard that BS before.

According to Al Leiter, who has/had the same agent as Roger Clemens, The Rocket will most likely sign with Boston or the Yankees. Leiter brough up a good point. ''There's no way the greatest player in the history of the game is going to retire the way he did, last pitching again Mexico and losing." Now, Babe Ruth didn't play in America's loss to Mexico, but I think Leiter is referring to Roger Clemens.

By the way, is there any doubt that Massachusetts is the greatest state in the country? We are about to sign a bill giving health care to everyone in the state AND the 2006 World Curling Championships are going down this week in Lowell. 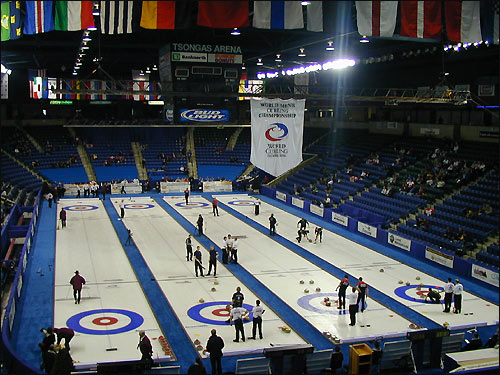