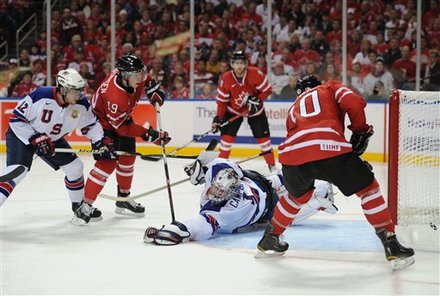 After facing relatively weak competition in the group stage, the US Juniors were overmatched by their Canadian rivals, who finally avenged last year's 6-5 overtime loss in the finals. The Canadians played fast, hit hard, and gave the American skaters no time or space to do anything. Despite having the previous night off, the US were quickly exhausted by the Canadian attack.

Canada plays Russia in the finals on Wednesday night on NHL Network, and if you like hockey, I suggest you watch this game. The US will play Sweden for the bronze Wednesday afternoon, in the game nobody wants to play in.

I only wish Tyler Seguin were in Buffalo with team Canada, getting high pressure experience. Wednesday would be the biggest game of his life. Instead, he'll be watching from Boston, getting ready to play 12 minutes in the massive Bruins/Wild game the next night. 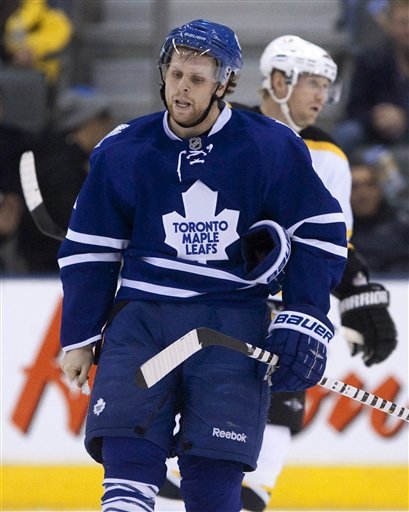 I was glad to see Tuukka Rask in the Boston net to start the game. The Bruins need Thomas fresh and rested, which therefore means they need Tuukka Rask to perform as an adequate backup. And he has done that this year, despite a deceptively bad 3-7-1 record.

Rask stopped 36 shots, and the only goal he allowed was aided by Mark Recchi skating off the ice to be changed out, giving Mikhail Grabovski a world of space for his breakaway goal.

The Bruins' top line had been in a mini-slump coming into this game. Lucic hadn't registered a point in 7 games. Horton hadn't scored a goal in 9 games, and had only 1 assist in that stretch. Savard only had 2 assists in the last 7 games.

Last night, all three resumed their productivity. Horton and Savard scored in the 2nd, with Horton and Lucic getting the assists on Savard's goal. They were threatening all night, cycling the puck around, moving without the puck, creating space and opportunities for each other, getting the defensemen involved, and ultimately winning the game.

Lucic and Horton have scored 28 of the Bruins' 112 goals this season, which is precisely one fourth the team's total. In other words, when these guys are cold, the Bruins aren't scoring. And Savard also needs to get in on the fun. It's kind of weird to see him at only 2 goals nearly halfway through the season.

The Bruins end their 5 game road trip with a 3-0-2 record and 8 points. Not too shabby. They just need to keep up the good work, and straighten a few rough edges. Ryder and Wheeler, for instance, need to get going. Last night, I don't think they did a single thing right on offense.

The Bruins host the Wild on Thursday. Minnesota are 13th in the West, so this is a good chance to keep things rolling going into a tough stretch of games in Montreal and Pittsburgh.