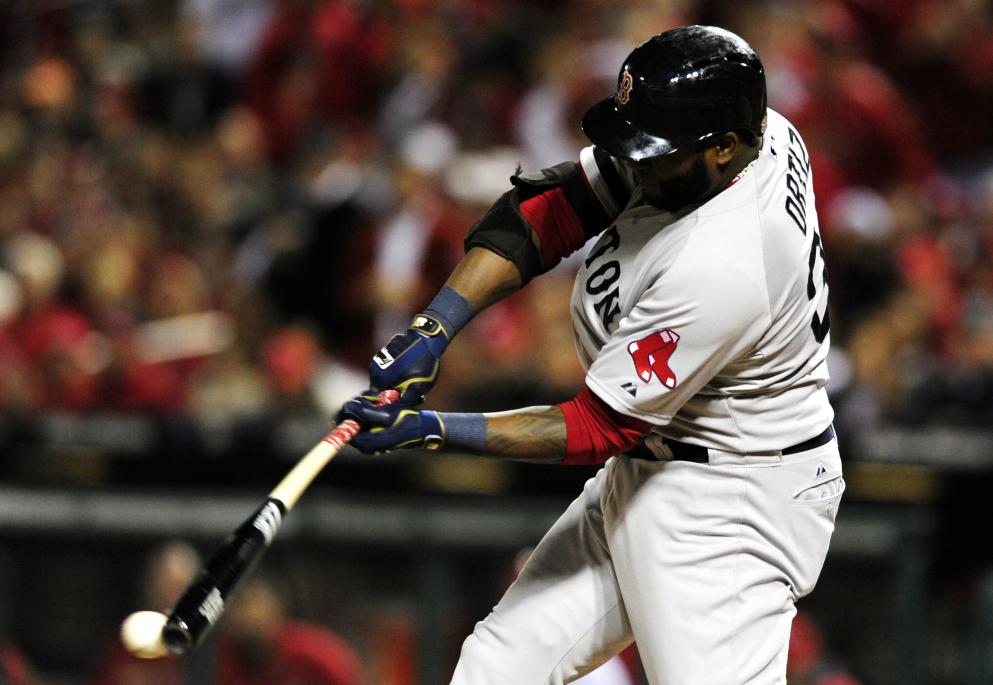 Monday night Jon Lester was promoted from being a very good pitcher, to being an Ace. What's the difference? Ace is frequently capitalized. It's the most powerful card in the deck. It's an honor bestowed to fighter pilots who shoot down 5+ enemy planes. And it's a designation reserved for starting pitchers who are the rarest of the rare. It's for pitchers who make winning easy for their team. And that's what Lester has done in this World Series.

Lester was ruthlessly efficient. He only needed 91 pitches to go 7.2 innings, or 3.96 pitches per out, 11.9 pitches per inning. He struck out 7. He allowed a solo homerun. He didn't walk anybody.

David Ortiz might steal World Series MVP away from Lester. Although co-MVPs have been awarded before (2001: Curt Schilling and Randy Johnson), and we shouldn't get ahead of ourselves. However, Ortiz was 3 for 4 Monday night with a double and an RBI. He's hitting .733 in the World Series, with 6 RBI, 5 runs scored, 2 doubles, 2 homeruns, an OBP of .789, SLG of 1.267, OPS of 2.056. He hasn't struck out since Game 2 of the ALCS against Detroit.

David Ross was inserted into the lineup for his defense. His bat made the difference in this game. The ground rule double he hit in the 7th knocked in the game-winning run. And he nearly scored himself on a Jacoby Ellsbury single. It took a great throw from Shane Robinson to eliminate Ross at the plate.

Koji Uehara ended the game, of course. That's 7 saves in the playoffs for Uehara. His emergence as closer after injuries to Hanrahan and Bailey might be the most important development of a very special season for the Boston Red Sox.

Game 6 Wednesday night at Fenway. The Sox have a chance to clinch a World Series in their home ballpark for the first time since 1918. John Lackey faces Michael Wacha.