THE DOWNSIDE OF VCU'S RUN 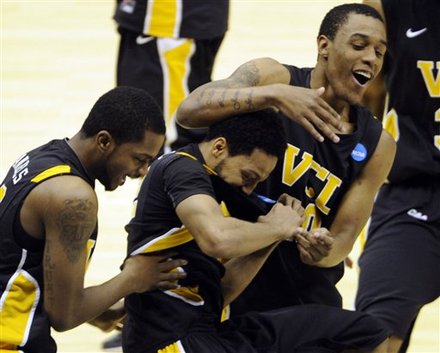 Even if they helped ruin your bracket, you have to be pleased to see teams like Butler and VCU make it to the Final Four. But now the proponents of expanding the field have some ammunition. And I'm concerned that we'll see even more expansion in the 2012 tournament.

The problem is, for every VCU, there will be ten UABs. Remember that 70-52 UAB/Clemson play-in game? It was kind of sad to watch. And Clemson's not even that good. Do we want to see more games like this? A mediocre team clobbering a sub-mediocre team?

Do you want to see Colorado State battle St. Mary's? Or how about Harvard vs. McNeese State? Actually, I wouldn't mind these small conference teams getting in, but imagine an NCAA tournament that gave the ACC 8 berths? The opening rounds would just be too filled with bad teams playing bad basketball.

Isn't that what the NIT is for? 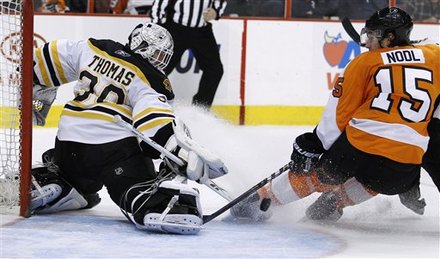 Yes, I am going to kill your buzz with this post. The Bruins clinched a playoff berth with a 2-1 win over the Flyers last night. Sounds grand, doesn't it? And if I hadn't seen the game, and also hadn't seen the 1-0 loss to the Rangers, I'd probably be smiling.

But how hard did the Flyers play last night? Those were two teams on cruise control, and the Bruins were going slightly faster. And maybe that's fine. Maybe the B's will hit the accelerator once the playoffs start. Then again, we've seen such "tendencies" from this team before. Are they coasting into the postseason, or just in the midst another mood swing?

On Saturday, the Rangers were trying. They're vying for a playoff spot, and are essentially in playoff mode already. And they completely shutdown the Bruins' offense. Sure, the goal they scored was a deflection which came after a missed offside call, but the Bruins never looked like the better team until about 8 minutes left in the 3rd.

The Rangers' forecheck kept the Bruins pinned in their own zone. The Rangers' stickwork harassed the B's in the neutral zone. And then there were the blocked shots. New York blocked 29 shots. But for most of those, the Bruins would shoot right at the skates of the Ranger standing 5 feet in front of him. They weren't blocks, they were bad shots taken by the Bruins.

The Bruins are in the playoffs, and that's nice. It's sort of like being bowl eligible in college football, though. Half the league gets in. They have 7 more games to tune up for the postseason, and there are more than a few wrinkles that still need straightening out.

Bruins host the Blackhawks Tuesday night on Versus.