Can Anyone Beat the LA Kings? 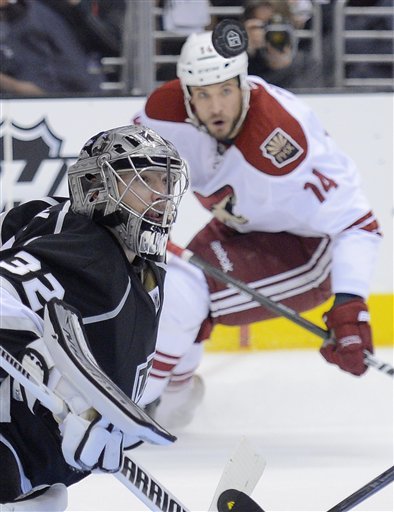 The Kings are 11-1 in the playoffs after beating Phoenix 2-1 last night. That'd be a remarkable run for any team in the Stanley Cup Playoffs. It's an even more astounding achievement for an 8 seed.

This is, however, no ordinary 8 seed.

The Kings allowed the 2nd fewest goals in the NHL. But unlike the team that allowed the fewest goals (St. Louis), the Kings did so using primarily one goalie. Jonathan Quick. Quick is the top Conn Smythe candidate by a significant margin. We all saw last year what a great goalie can do for a team on a Stanley Cup run.

The Kings don't score many goals. They scored the second fewest in the NHL, and were one of only two teams to score fewer than 200 goals. Only three Kings scored 20+, none scored more than 25, and only five scored 10+. They don't have marquee names, but they have some tough playoff style players. Dustin Brown, for instance. He has 15 points in these playoffs. Jeff Carter and Mike Richards have contributed. Dwight King, a 22 year old from Saskatchewan has scored 5 times in the playoffs. That matches his career regular season total (in 33 games).

How do you beat them? So long as Quick, Brown, and Drew Doughty continue to play as well as they're playing, I don't think anyone can.

After signing his franchise tender, Wes Welker later told the Boston Herald that his negotiations with the Patriots for a multi-year deal had "gotten worse." The Patriots were offering him a deal worth less than the $16 million 2 year deal he declined in 2011.

Instead, the Patriots seem perfectly willing to pay him $9.5 million for 2012, then allow him to become a free agent in 2013. They could franchise him again, but that would cost the Pats over $10 million.

People are scratching their heads at the Patriots' decision. Why offer him less than $8 million a season? I understand the injury worry reluctance with a 31 year old WR, but there was no reluctance when they made the offer in 2011. Why lower the bid? What if Welker remains healthy and the Pats want to keep him. By franchising him, they'd be paying him $21 million for two seasons, instead of $16M for two years.

My guess, and I can't emphasize the word GUESS enough, is that if Welker has a productive, healthy 2012, the Patriots won't franchise him for 2013. They'll give him a 2 or 3 year deal or let him leave. A year from now, Welker will want a multi-year deal even more than he does now. The Pats can then offer him a 2 year, $17 million deal. Or if Welker's not as productive, or if other WRs step up in 2012, the Patriots can let him leave.

People like Tony Massoratti are confused by what the Patriots are doing. So am I. But just because you and I don't see what the Patriots' plan is, doesn't mean they're operating without one.

And I think Massoratti insinuating that the Patriots are trying to teach Wes Welker a "who's boss" lesson is baseless, inflammatory, and foolish. The Patriots don't make personnel decisions with vindictiveness. More importantly, they don't do things that could potentially hurt the W-L column just to make a silly little point.

I think Welker's being unfairly criticized too. His intelligence has been questioned for signing a franchise tender then being surprised that the Pats aren't giving him what he wants after he surrendered all leverage.

Wes Welker is a football player, not an agent, not a lawyer, not a professional negotiator. He majored in management at Texas Tech but I'm sure his minor in the spread offense consumed most of his study time.

David Dunn and Brian Murphy are Wes Welker's agents. An agent's job is to get their client what they want. Baseball players who want money hire Scott Boras. And they get money. Dunn and Murphy don't seem to be doing a good job of getting Welker what he wants.

More than that, Dunn and Murphy have completely failed to make their client understand the situation. Welker got tired of sitting around, so he decided to give in. Dunn and Murphy didn't seem to explain to Welker that he'd be giving up all his leverage, and he'd have to do anything the Patriots wanted him to do.

But when you make decisions like that, you have to accept being pushed around when you want to play hardball. The Patriots aren't going to play anything but hardball with their players. Nor should they.

I sympathize with Welker, but he decided to draw a line in the sand. He and his representation were playing by rules in a game that doesn't have any. They were never going to win this fight.

At the same time, Welker will be getting $9.5 million to play football. It's difficult to feel bad for him for too long.
Posted by rob at 12:30 PM No comments: 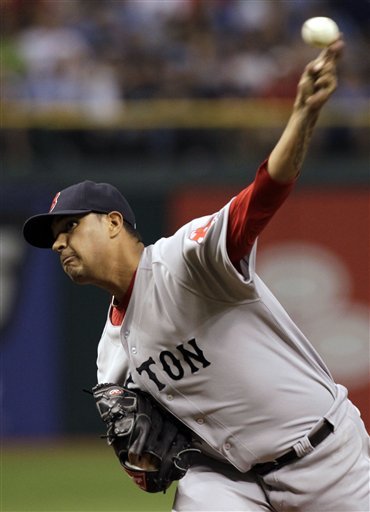 How vital has Felix Doubront been to the Red Sox? The Sox are 6-2 in his starts. That's a full third of the Sox' total wins. He hasn't been amazing, he's been just good enough to get the job done. And that's what you want from a middle of the rotation guy. Last night was another very Doubrontish type of start. 5.2 innings, 2 runs, only 1 of them earned. He struck out 7. He allowed 6 hits and 4 walks, but only one of those hits was for extra bases.

Doubront has been a life preserver for this team, keeping them from sinking completely.

Another surprise performer that has kept the Sox afloat is Cody Ross. He drew a bases loaded walk in the 1st, hit a solo homerun in the 3rd, and a 2 run single in the 8th. His 4 RBI night raised his season total to 27. All of his RBI came with 2 outs. Last night he was the only Sox batter to get a hit with runners in scoring position.

It was nice to see the streaky Sox bounce back from a loss and get a win on the road. Especially against a divisional opponent. The Sox are 4-2 against Tampa Bay.

They'll lose the DH this weekend down in Philadelphia. I'd rather they sit Gonzalez than Ortiz. Ortiz's average is .072 higher than Gonzalez's, Ortiz's OBP is .066 higher, and his SLG is .207 higher.

Lester faces Joe Blanton tonight. Blanton's had an up and down season. Although he already has four starts in which he's gone 7 innings or more.

Photo Credit:
AP Photo
Posted by rob at 11:45 AM No comments: