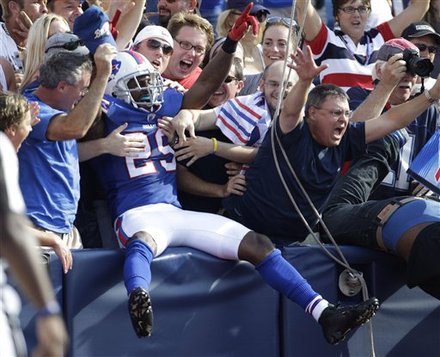 I'm getting flashbacks of 2009, and I don't think it's because of A Football Life: Bill Belichick. It's because this team isn't playing as well as it should. The offensive numbers are gaudy. The Pats amassed 495 yards on Sunday. But the defense has shown vulnerabilities in all three games. And now Brady is making mistakes. The Pats can win without Brady being perfect. But they simply cannot win when he turns the ball over 4 times.

The picks were products of arrogance. Brady dazzles us with his perfect throws, but he gets cocky sometimes. Can't blame him. He'll throw 9 or 10 consecutive completions, often into coverage. And more often than not, he's able to place the ball so perfectly that only Gronkowski or Welker can retrieve it. But if those throws are only 99% perfect, they're risky. The margin for error is so slim, and Mr. Brady is still a human being. He makes mistakes. And that was more than apparent yesterday.

I don't want Tom Brady to tone down his aggressiveness. But there's a fine line between fearless and reckless. He's not Brett Favre tossing up ducks out there, but he's good enough that he doesn't need to be forcing some of these passes. He can find other options.

Now to the officiating. The pass interference call on Sergio Brown was awful, and it saved Ryan Fitzpatrick from one of the biggest mistakes of his life. The Bills scored a touchdown instead of the Patriots getting the ball back with a 24-17 lead. That call was awful, and it may have changed the result of the game.

And after the blown call, how did Brady respond? He doesn't see a linebacker, throws it off his helmet, and a Buffalo Bill catches it. You can call the bounce unlucky, but a QB has to see linebackers lurking underneath. If it hits an LB's helmet, it just as easily could have been caught by him.

Then there were moments like the confusion induced false start on 3rd and goal, just before Welker's game-tying TD. That was after a timeout. No excuse for confusion.

The Patriots' defense looked awful. I don't know why they even use people in the safety position. Forget the 3-4/4-3 debate, just go with a 5-4 front and two CBs. Devin McCourty has looked so exposed this year because he's on an island. He's good, but he's not good enough to do that. Few are. He has no safety help, neither does Bodden.

Maybe Chad Ochocinco should play safety. He seems to be more adept at causing incompletions than he is at making receptions. I'm done defending Ochocinco. It's one thing to struggle with the verbiage of this complex offense. It's another thing to be unable to catch a perfectly thrown ball that touches both hands and the chest. A receiver that doesn't catch the ball is as useful as a kicker that struggles to kick the ball.

I know the Pats ultimately scored on the drive, thanks to the superhuman Wes Welker, but it took about 5 minutes for the Patriots to score. The game changes if Ochocinco catches that pass. Maybe Buffalo scores, but the Pats have enough time to respond.

Brady trusts Welker. He trusts Gronkowski, Branch, Hernandez, Woodhead, and even Edelman (pronounced Ed-ell-man, not aid-ell-man). I don't know how much he'll be trusting Ochocinco.

It'd be unfair to not talk about how amazing Welker's performance was. 16 catches (franchise record) for 217 yards (franchise record) and 2 touchdowns. He also ran for 19 yards. He's definitely healthy, and back as a force, and as Brady's #1 option.

Gronkowski also had an excellent game. 109 yards and 2 TDs. Stevan Ridley looked good, carrying the ball 7 times for 44 yards. I know the Patriots don't run much, but I'd like to see this kid get more carries. He's a powerful back, but is capable of getting a few more yards. I feel like runs that BJG Ellis gets 2, Ridley gets 4. When Ellis gets 3, Ridley would get 6. My one coaching criticism from Sunday would be that when Ridley was running well in the 4th, the Patriots inexplicably went back to running with Ellis.

Thankfully, the Jets lost to Oakland. Still, this was a divisional game. Divisional losses mean more than non-divisional losses. And while Buffalo is no longer the joke of a team they once were, the Patriots shouldn't be close to losing to them.

The defense on this team is not good enough to sustain itself if the offense makes mistakes.