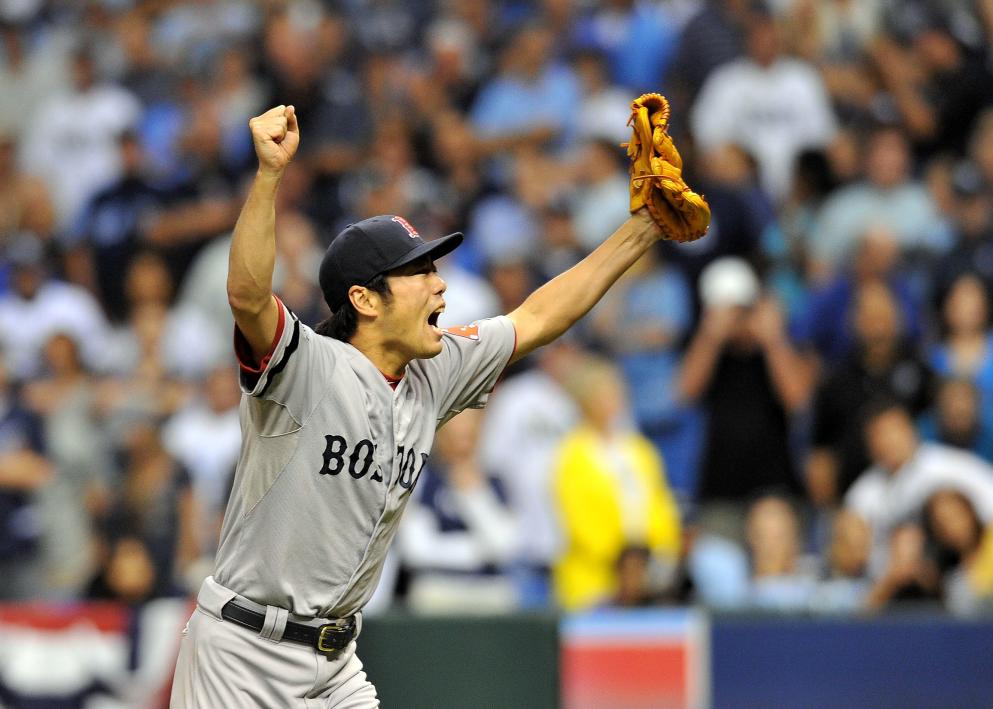 This was why the Red Sox got Jake Peavy. They wanted a good pitcher to anchor the bottom of the rotation. And Peavy came through for the Sox last night. So did Craig Breslow, Junichi Tazawa, and of course Koji Uehara. Those 4 pitchers combined for 9 innings, allowing just 1 run, 6 hits (only 1 for extra-bases), 0 walks, and struck out 10.

By the way, Jose Iglesias is 1 for 12 in the other ALDS. That trade's looking better and better.

The Rays played with fire for most of this game. Their pitchers enjoyed some fortunate double plays to get out of jams. Manager Joe Maddon went with an unorthodox strategy that seemed to work for a time. But how many different pitchers can you bring into a game before one of them just doesn't get the job done?

Joe Maddon has a bit of Bobby Valentine in him. He tries too hard to influence the outcome of the game through his managerial decisions. Sometimes the best thing a manager can do is step back and let his players play, choosing the right time to make one or two smart moves, instead of trying to make a dozen good moves every night.

John Farrell will get credit for pinch-hitting Xander Bogaerts in the 7th, but give the credit to Bogaerts for working a walk. He didn't look like someone who just turned 21 on October 1st and started the season in AA Portland. That was a mature plate appearance for such a young player.

Then the Rays made mistakes. Which they've done all series long. And the Red Sox capitalized on those mistakes. Which they've done all series long. The Sox used their speed to exploit Tampa Bay's miscues. Bogaerts scored on a wild pitch, Ellsbury advanced to third after stealing second on the play, then Victorino legged out an infield single. The Sox scored the tying and winning runs without a ball leaving the infield.

That's how they've won all season long. Whatever it takes, they'll find some way to win. The pitching was great, the offense struggled at first then took advantage of one mistake to score 2 runs. This team seems to will itself to victory.

Now they have a few days off, waiting for the Athletics/Tigers series to resolve itself. Jon Lester gets to rest while those two teams hopefully wear each other out.

Game 1 of the ALCS is Saturday at Fenway Park.