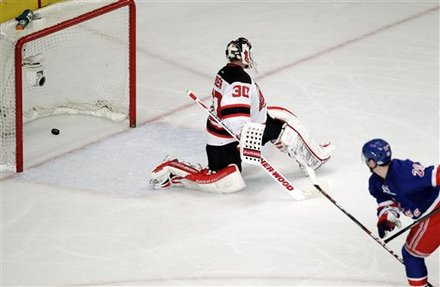 Henrik Lundqvist stopped all 21 shots that reached him last night. His teammates kept 25 more shots from reaching him at all. Dan Girardi and Marc Staal each blocked 5 shots. Girardi also scored the Rangers' first goal of the game, which didn't come until the start of the 3rd period.

Chris Kreider, who struggled during the Washington seires, scored a Power Play goal. Girardi had an assist on that one. It's Kreider's 3rd goal of the playoffs. This guy has never played a regular season NHL game. How weird would it be for him to win an NCAA Championship and a Stanley Cup in the same season?

For the Devils to win, guys like Kovalchuk and Parise must have a huge series. And that's going to be tough against Lundqvist.

Wes Welker stated he had "9.5 million reasons to play" football in 2012. The remark essentially announced that he would accept the franchise tag and not holdout.

This is great news for the Patriots, who have added a busload of players at WR, but none of them are as prolific as Welker. Brady is extremely comfortable with Welker, and the two have been in sync since Welker arrived in New England in 2007.

It doesn't look like he'll participate in off-season workouts. But will be dressing in blue, red, silver, and white when the games mean something. 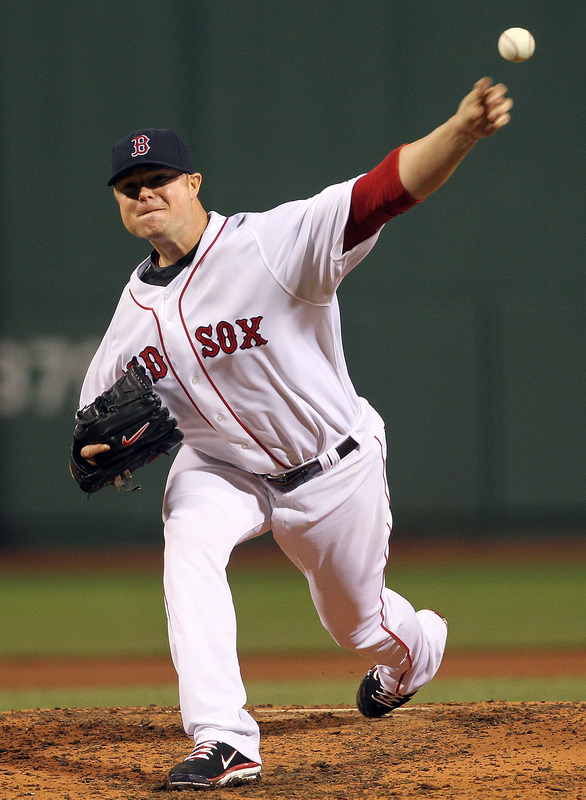 This was the type of start the Sox needed and Lester needed. Jon Lester scattered 8 hits, didn't walk anyone, only allowed 1 run, and went the distance.

He was efficient. He finished the game with 119 pitches, but 22 of those came in the 9th. He only needed 97 pitches to go 8 innings. He retired the first 11 Mariners he faced, and by the time Seattle started to make him work, the Sox were already up 5-0.

Daniel Nava was a big reason for that lead. He hit a 2 run homer in the 4th. Kelly Shoppach hit a solo shot later in the inning.

Nava has been hot since joining the team. He's 7 for 12 (.583), with 4 doubles, a homerun, and 6 walks. He's gotten on base in three fourths of his plate appearances. Pawtucket has given the Boston Red Sox some nice boosts this season.

I know that some have speculated that when Youkilis comes back, the Sox might keep Middlebrooks at third and put Youk in left. But which outfielder do you sit? Ross, Sweeney, even Byrd have all been solid. And now Nava.

The Sox are a better team than the Mariners, despite having similar records. They should beat Seattle. They did it once. It'd be great if they could do it again and end this homestand on a positive note.

But guess who's starting for the Sox today...

Josh Beckett. He'll face Blake Beavan, who is 1-3 with a 4.32 ERA and dealing with elbow problems that shortened his last start. So it's Beavan and Butthead (Beckett). Lame joke, I know.

Photo Credit:
Jim Rogash/Getty Images
Posted by rob at 11:00 AM No comments: 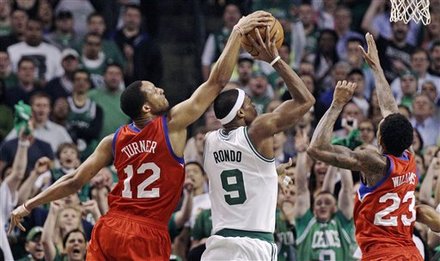 Let me start with the illegal screen Kevin Garnett was called for. It was a foul. Stop complaining about it, people. I'll talk more about that call later.

The 82-81 score is misleadingly close. The game was tight, but not that tight.

The Celtics dug themselves a hole again. But they couldn't recapture the same clutchness that propelled them to victory in Game 1. Frankly, they didn't play very well in the 4th quarter after they'd made it a close game. They had several chances to take the lead from Philly, but didn't hit the shots.

Then there were some bad decisions. Why is Rajon Rondo shooting jumpshots with less than a minute left? I'm a big Rondo supporter, and don't mind him shooting when he wants to, but in that situation? The Celtics had let the shot clock tick down and Rondo didn't have much of a choice. But why let it come to that?

Philly had turned the ball over with a shot clock violation. Rondo took the ball up the court. KG was setting screens, trying to get Ray Allen open. Pierce and Bradley were on the other side of the court standing around. Rondo was also standing still, directing Garnett and Allen. The shot clock ticked away and Rondo missed a rushed 16 footer.

Philly got the rebound and Evan Turner gave them a 76-75 lead.

The Celtics wasted an opportunity. The 76ers took advantage of one.

After that, Ray Allen missed a weird sideways fade-away. There was time for the Celtics to work for a better shot (13 seconds on the shot clock), but I guess the called play was to get Allen the ball. He got it. He wasn't in good shooting position. He shot. He missed. Philly scored again.

Then it was 78-75, and that's when Garnett committed a foul. And notice how I phrased that. I didn't say "was called for a foul." He committed a foul. The ref called it. Boston is exploding in rage over an official making a correct call.

There will be moaning from Celtics fans about how it was a foul but the ref shouldn't have called it because there were 10 seconds left in the 4th quarter. So the ref made the right call at the wrong time?

There's some weight to that argument, but not much. It was a foul. Garnett was called for the same thing earlier in the 4th.

And the Celtics were still down by 3 even if the call isn't made.

I hate NBA officiating. It's one of the reasons I find regular season games almost unbearable to watch. The refs are inconsistent. To me, it's an unpredictable variable. Like the weather. The key is to be good enough to win in any weather, or win no matter what inconsistency the refs have on a given night. Last night's inconsistency was that KG was called for the same foul at 7:46 and at 0:10 of the 4th.

The Celtics weren't good enough last night, regardless of what the refs called. Before KG's foul, Rondo messed up, Allen messed up, they missed shots, they scored a total of 24 points in the 2nd and 3rd quarters, they allowed Philadelphia to go on a 14-0 run in the 3rd quarter.

There are legitimate things the Celtics have had to struggle through. Pierce is clearly hurt. Losing Bradley for most of the game had an impact. But the refs didn't cost the Celtics this game. The Celtics cost themselves the game.