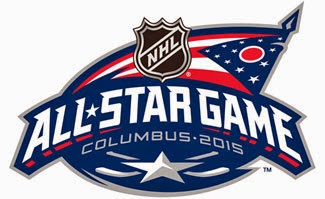 The NHL All-Star Game isn't exciting to watch. Almost no checking, absolutely no defense, and puck battles that are more polite than ferocious. The game mood is more like afternoon tea, than the hot wings and beer feeling you normally get from a hard fought hockey game. It might be the worst all-star game of the 4 major sports. I'm sure the goalies would agree with me there.

While the game itself is of little entertainment value, the game's presence in a city can be like a religious revival. The Church of Hockey comes to town, bringing with it the game's most enthralling and invigorating preachers. And the fans in the host city get to bask in the game they love.

The problem is, too often the host city doesn't love the game. So they're not interested in basking. Like this year in Columbus. Or 2016's game in Nashville. In fact, 6 of 9 NHL All-Star Games will have been played in markets that aren't very interested in hockey: Nashville, Columbus, Carolina in 2011, Atlanta in 2008, Dallas in 2007, Florida in 2003.

And when did Detroit - a.k.a. Hockeytown, USA - last host the game? Do you believe in miracles? Yes! It was 1980! It's been 35 years since Detroit hosted the NHL All-Star Game. Jaromir Jagr was 7. Gordie Howe had an assist! So did Phil Esposito. It was Wayne Gretzky's first All-Star appearance.

I get that the NHL wants to grow in these markets. But where they see the potential for growth, I see markets indifferent to the game. The NHL trying to grow hockey in these cities is like trying to grow corn in Alaska instead of Iowa. You make money by focusing on growing your strongest brands in your most fruitful markets. You take the All-Star Game to New York, to Chicago, to Toronto, to Calgary. You energize the cities that love the game.

There are about 20 markets where people truly enjoy hockey. The All-Star Game should go to these markets. The preachers of the game should focus on energizing the faithful in Detroit and Calgary, not on trying to convert the heathen non-believers in Nashville and Columbus.