We come to the end of the season, the National Title Game.

Thursday 1/7 - 8:00PM - ABC
BCS National Championship Game - Pasadena, CA
#2 Texas Longhorns vs. #1 Alabama Crimson Tide
The last time the title was decided at the Rose Bowl, it was a #2 Texas team that won it all over an undefeated team that boasted the Heisman Winner. Will history repeat itself?

Alabama has a running game and a stout defense. Texas has Colt McCoy and is solid all around. This should be a tight, field-position kind of football game. And both teams have excelled at extracting wins out of these kinds of close contests.

Alabama beat #11 Virginia Tech to start the season, they beat #12 LSU, and they crushed #5 Florida. They've been in big games against tough opponents, and they've found ways to win. Mark Ingram amassed 150 yards against Va-Tech, 144 against LSU, and 113 against Florida. He's a big-stage back.

Texas' schedule was much easier. They beat #19 Oklahoma State, and #22 Nebraska. But neither of those games were in Austin. Nobody in the Big XII came close to matching Texas. And if it weren't for their preseason ranking of 2, there would've been more controversy about their selection into this game.

But why were they ranked 2nd back in August? It was because they returned most of their team from the year before, a team that went 12-1. This is a talented bunch, and more importantly, a focused group of players. Mack Brown has these guys in-line and all striving for the same thing.

Then there's the X-factor: the venue. The 93,000 fans that fill the Rose Bowl will probably be an even split of burnt orange and crimson & cream. But this is familiar territory for Texas. The Longhorns are the only team besides USC to win the Rose Bowl since 2003. They've won there twice. And while no current Texas players were there, plenty of coaches and other personnel were, and this familiarity can help breed a sense of comfort, and even confidence.

I think Alabama struggles to score on Texas' defense. I think the Longhorns take a slim lead, Bama makes a few mistakes, and the Longhorns pull away. The Tide will make a comeback bid, make things close, but run out of time. 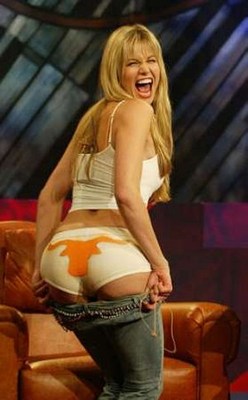