The US had another goal disallowed, this time for an incorrect offsides call. It's pretty sad, because FIFA encourages their officials to err on the side of offense, especially when it comes to offsides. After this, the US showed little poise, as they were handed opportunities, but blew them like Chris Farley blowing a sale in Tommy Boy.

It took them 91 minutes, but they finally scored. Landon Donovan had the final touch, but it was a team goal, earned by a team through 90 minutes of hard play.

The English also needed a result, and they also got one. Jermain Defoe got into the scoring ledger with the game's only goal. While England finally won a match, and advanced to the Round of 16, they've still only scored 2 goals. Which is pretty bad for a team so stocked with offensive talent. 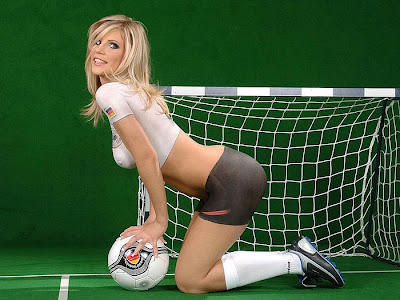 Another thrilling 90 minute spectacle. Both Germany and Ghana created strong offensive opportunities, and some defensive lapses creating some breathtaking counterattacks. Mesut Özil, born in Gelsenkirchen but of Turkish descent, scored his first World Cup goal, and it was a doozey, both in quality and importance. Germany's win in the game gave the win in Group D. This is the 4th straight World Cup that they've won their Group, and the 17th time that they've advanced to the Round of 16 (out of 18 attempts to do so).

Australia 2, Serbia 1
The Aussies and New Zealanders might be going home early, but they can go home with some pride. Australia goes home on tie-breakers, thanks in large part to their 4-0 loss to Germany.

So it will be USA vs. Ghana on Saturday at 2. That's a rematch of what was essentially an elimination game for the US in the '06 Cup. And you've got to be happy with drawing Ghana in the Round of 16. And if they were to beat Ghana, they'd get either South Korea or Uruguay. Again, an excellent draw.

And there will also be Germany vs. England, ancient rivals on the field and off. The South African police might be the only ones not excited about this pairing, as English hooligans will try to reenact the Battle of the Somme in Bloemfontein.