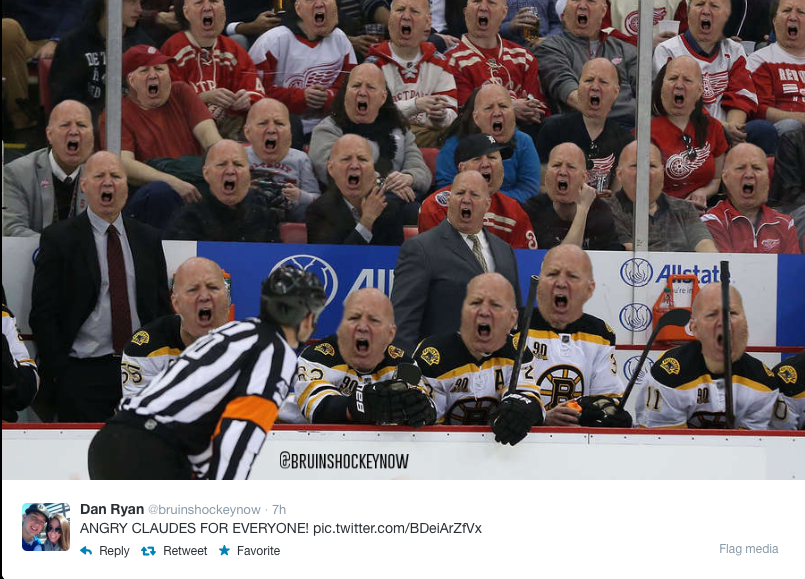 I'm glad the Boston Bruins lost 4-3 in overtime to the Maple Leafs. The loss, along with the 3-2 loss to Detroit on Wednesday, will hopefully remind the Bruins that it's a 60 minute game. Had the B's won these two games, maybe the message to play 3 complete periods wouldn't have landed with the emphasis that it needs to.

Thursday night the Bruins had a good 1st period, a great 3rd period (outshooting Toronto 17-5), and a lethargic 2nd period. They dug a hole, pulled themselves out, and then Nazem Kadri shoved them back in with an overtime goal.

And it's not as if the Maple Leafs are any good. They're fundamentally inept. They have top players who avoid physical play. They've allowed the 5th most goals in the NHL, almost 80 goals more than the Bruins. And they've been playing horrible the last few weeks. They hadn't won consecutive games since March 10th.

I'm not expecting the Bruins to roll into the playoffs as hot as they were during their recent winning streak. I do expect to see good habits. I expect similar effort levels from shift to shift and period to period. How much unnecessary energy did the Bruins expend coming from behind in the 3rd?

On the bright side, Patrice Bergeron scored his 28th. I'd like to see him reach 30 by the end of the season. He's the best defensive forward in the game, and to score 30 as well as win the Selke trophy would be a noteworthy achievement. He hasn't scored 30+ since his sophomore season in 2005-06. He was 21-years old.

The Bruins play more games against opponents jockeying for playoff positioning. They host the Flyers Saturday afternoon. Then they go to Minnesota on Tuesday to play the Wild, who are trying to secure a wild card spot in the West. And then the B's finish their season with 3 games against teams that are out of it (Winnipeg, Buffalo, New Jersey).

The Bruins are 3 points away from clinching the best record in the East.