Tony Stewart used his car as a weapon 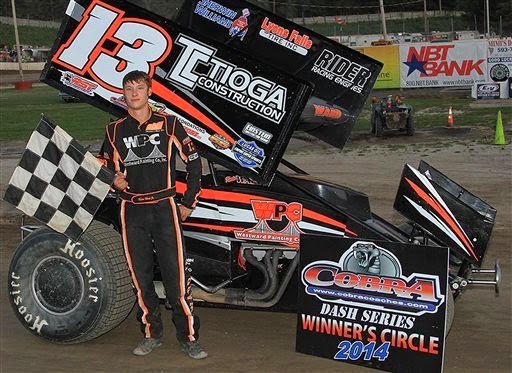 If I wave a loaded handgun in someone's face, in an attempt to scare them, and the gun goes off and kills them, I've essentially done what Tony Stewart appears to have done to Kevin Ward Jr.

Tony Stewart used his car as a weapon. He probably didn't want to hit Ward, but wanted only to scare him. Video of the killing (let's stop calling it an "incident" or an "accident," someone was killed, so it was a killing) shows the rear end of Stewart's car kick out, which happens when the gas pedal of a sprint car is pressed hard.

Stewart was essentially playing a game of chicken with Ward. Except Ward showed up with just a helmet and fire-suit, Stewart showed up with 1,400 pounds of steel and tires moving at near highway speed.

Some say that Ward was an idiot for getting so close to the cars as they passed. I won't disagree with that. But, while driving my own car I've come across people acting like morons, drunks, and cyclists stray in front of my car. I avoid them. I move my car away from them.

What did Stewart do to avoid Ward? Nothing.

Some collisions are unavoidable. Can Tony Stewart honestly claim that he did everything he could to avoid this?

He demosntrated no care or concern for the safety of another driver. A man without such basic respect for human life does not deserve to drive a car on the public roads, let alone a racecar.

I'm not a legal expert. I don't know what crimes Tony Stewart might have committed, let alone how provable it is that he committed them. His actions seemed reckless, and dangerously negligent. Seeming isn't enough for convicting. So I won't venture into any of the legal speculation.

NASCAR, however, needs to take a hard look at Tony Stewart and decide whether he should be allowed to drive for the time being. NASCAR must also consider the safety and well-being of all their other drivers, along with people who work on the track and in pit-lane, and all the fans at their races.

Is a NASCAR event safer with Tony Stewart on the track, or with him far away from it?