Here are my picks for all 5 bowl games on Saturday.

12:00PM - ESPN2
International Bowl - Toronto, ONT
South Florida Bulls vs. Northern Illinois Huskies
No-brainer here. Despite NIU's awesomely devious and creepy mascot, I have to go with the USF Bulls. Both teams are 7-5, but 7-5 in the Big East is slightly more impressive than 7-5 in the MAC.

2:00PM - ESPN
Papajohns.com Bowl - Birmingham, AL
South Carolina Gamecocks vs. UConn Huskies
UConn's 7-5 record doesn't really tell you the whole story. Their 5 losses were by a combined total of 15 points. They never lost a game by more than 4 points. South Carolina is tough, thrashing Clemson at the end of the season. But they did lose 4 of their last 6, and really disappointed. I think UConn wins one for the Big East.

2:00PM - Fox
Cotton Bowl - Arlington, TX
#19 Oklahoma State Cowboys vs. Ole Miss Rebels
OSU was knocked out of the BCS by their rival OU. Ole Miss is making their 2nd straight Cotton Bowl appearance, which is a pretty good result for a program now officially on the rise. The Cowboys lost to Houston, Texas, and Oklahoma. They're not great, but they'll represent the Big XII well and win the Cotton Bowl. 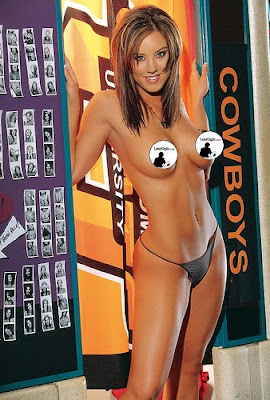 5:30PM - ESPN
Liberty Bowl - Memphis, TN
Arkansas Razorbacks vs. East Carolina Pirates
ECU beat Houston in the C-USA title game, thus preventing the Liberty Bowl from being very interesting. I think Arkansas runs away with this one in a romp. 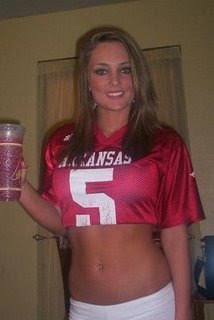 9:00PM - ESPN
Alamo Bowl - San Antonio, TX
Michigan State Spartans vs. Texas Tech Red Raiders
The Disappointment Bowl. MSU was supposed to contend for the top spot in the BigTen, or at least be a factor. Texas Tech lost to Texas A&M. But MSU can't win games. I'll take the Red Raiders here. The game is only 350 miles from their campus, a stone's throw in Texas.