WHO WILL THE BRUINS MEET IN THE PLAYOFFS?

It's not about seeding, it's about matchups. This weekend, we'll find out who will matchup against the Bruins in the opening round of the playoffs. It could be one of four teams: Montreal, Buffalo, the Rangers, or Carolina.

Right now, it'd be Montreal. They're nearly a lock to be the 6th seed. And despite losing the season series to the Habs, this might be the best matchup for the Bruins. The Canadiens have been a terribly streaky team. They're 6-6-1 since the Pacioretty/Chara incident. They're very fast, but they wilt against physical teams.

But the Bruins might not finish 3rd. They have a very good chance at earning the #2 seed. The Flyers are currently 2nd. They're 4-4-5 in their last 13, and have lost 4 straight. So the Bruins might face the 7th seed.

Which is currently Buffalo. The Sabres and Bruins have had mixed results against each other this year. And while you might feel confident about meeting Buffalo in the postseason again, remember one key fact: Thomas Vanek was injured in Game 2 of that series. And Vanek owns the Bruins. In 6 games against the Bruins, he's scored 4 goals, and added 3 assists this year. Not to mention Drew Stafford, who scored 7 times against the Bruins this year. And 6' 8" defenseman Tyler Myers will not be pushed around by any Bruin forward. 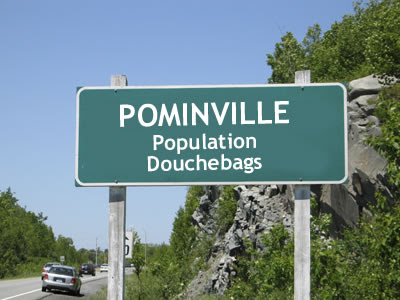 While the Bruins would be the favorites against Buffalo, it'd be a very tough series.

Then there's the Rangers, who are perhaps the worst matchup for the Bruins. The Rangers have an excellent goalie who has frequently frustrated the Bruins. They play disciplined defense. And now they have some guys who can score. I haven't felt good about a Rangers/Bruins game for 3 years now, and I don't want to see the Rangers somehow sneak into 7th and face the Bruins.

The longshot opponent would be Carolina. The Hurricanes are currently 9th, but have won 7 of 9 to get close. The B's won their season series with the Hurricanes 3-1. All three of those wins came within a 16 day span. Cam Ward isn't as good as he was in 2009, so I think the Bruins would win this series. But the odds of Carolina making it up to the 7th seed are so astronomically slim that it's hardly worth thinking about.

So, I'd prefer the Bruins met the Canadiens. Then the Sabres. Then the Rangers. If the Hurricanes make it, then they'd be better to play than Buffalo or New York.